“I’m not religious, but wearing a mask is the most Christian, unselfish, outward display someone can do right now.”

My non-Christian friend’s comment made quite an impact on me. I find it fascinating that people, Christians included, have so many different views on wearing masks.

Fortunately, this article has very little to do with the pandemic, but everything to do with our attitudes. Masks won’t last forever, but our heart’s attitude will.

Christians, especially Western Christians, have a deep connection to freedom and a desire to help others. Our problem is when we confuse political freedom with the spiritual freedom Jesus provides.

I recently read 1 Corinthians 10:25-33 in which Paul wrote about how it was acceptable to eat meat sacrificed to idols as long as the one eating didn’t get hung up on the idol part.

Paul quoted Psalm 24:1 to show the Christian’s freedom. Then, amazingly, he used the same verse to show our limits through responsibility.

We must ask ourselves if we’ve confused political freedom with spiritual liberty.

This can apply to mask-wearing, politics, pineapple on pizza, or any other opportunity where we have freedom to partake but also a responsibility to show a liberty of care.

When we initially read 1 Corinthians 10:25-33, we may miss the connection, since not many Western Christians have to deal with meat being sacrificed to idols.

For the Corinthian believers, idol meat was taboo, but Paul wasn’t concerned with the meat or even the idols. It was the representation of false gods and therefore the Christian’s testimony in front of non-believers.

It was about perception. But to understand this, we first need some brief context surrounding Paul’s quote from Psalm 24.

On the surface, Paul used David’s psalm because Hebrews prayed this verse at meals, and Paul was saying it could be prayed over idol sacrifices too.

But the reason it was used as a mealtime blessing in the first place helps us peel back the layers.

Acknowledging that everything on the earth is from God humbles and guides us toward gratitude for our freedom.

After all, Peter was shown how every created thing was good because it was made by the good Creator (Acts 10:9-16).

The layers go even deeper as we realize the one true God has ownership, protection, and provision over the world and the people He created.

Knowing those layers shows us Paul’s exhortation is to enjoy and rest in God’s freedom. And that freedom is a testimony to others.

Paul assumed Christians would be eating at non-believers’ houses in an Eastern culture of fellowship amid restriction.

Our Western sensibilities gravitate toward freedom and independence, so Christians have no problem accepting that we have liberty in eating whatever we want or defending our opinions.

But some of us have confused opposition to our opinion on a candidate or the right to vote as heresy.

Like all freedom matters, politics can be a divisive point. The imbalance is when we allow our Western idea of rights to override the truth of God’s love.

Paul knew we would gravitate toward our “personal rights,” and that’s why he gave the other side of the Psalm 24:1 coin.

In 1 Corinthians 10:28 Paul said if anyone, our non-Christian host, other guests, even other believers, go out of their way to tell us the meat was sacrificed to idols, we are to abstain.

And that abstaining is rooted in Christ’s love, which acts as if others are more important than our “me-centric” worldview.

As believers—and certainly at ministry leaders—we should show respect to those who hold different views. In today’s context, modern food sacrificed to idols might, for example, look like getting bated into a Facebook rant.

In this case “bearing fruit” could mean that we determine to not bash others on social media or not publicly supporting a politician or party at the expense of church unity.

Satan uses these freedoms, and the perception of them, to divide.

Paul instructed to abstain if something offends someone else (Romans 14:1-15:6). Knowing we could get defensive, Paul asked, “Why is my freedom being judged by another’s conscience?” (1 Corinthians 10:29).

The fact that “The earth is the LORD’s,” means the earth and its blessings are not from a false god, or idols, or anything but the one true God.

And if the creation reflects the Creator, then we human creations, as reflecting image-bearers, must point toward Him, the one true God (v. 31).

That often means taking a stand when truth is confronted. But that stand is not hateful, self-righteous protesting. On the contrary, any stand we take should be rooted in the love of Christ.

Provoke an Assault on Our Freedom and Our Way of Life

My non-Christian friend’s mask comment was his heart’s attitude of the “love others as you love yourself” talk he had heard (Galatians 5:13-18).

Since masks don’t protect us as much as they protect others in case we’re asymptomatic, I had to consider his perspective.

If we want to be witnesses to those with a perception like my friend, we should practice the freedom of restraint.

One of the ways we can love like Jesus is to submit to the costs of restraints. Loving others is easy when it takes a moment—like feeding the needy or donating to charity.

But the deeper cost is around inconvenience, a cost in time or resources—and often that is in building relationships.

If our goal is attention or virtue signaling on social media, we must reject the hypocrisy (Matthew 6:1-4). Only Christ’s supernatural power can work situational awareness and empathy into a godly heart’s attitude.

So, when we inevitably offend someone, is it because of our self-importance, an irrelevant freedom, or rightly representing the one good Creator?

The Lord’s freedom is for our enjoyment, but that same freedom is a liberty of care that restrains us to love others.

Recently a pastor told me, “I don’t like wearing masks, but if it means one person comes to Jesus, I’ll happily wear one.”

That’s our freedom, that’s our right, that’s our liberty of restraint. Can we put aside our personal rights long enough to take a stand and love others in the name of Jesus? 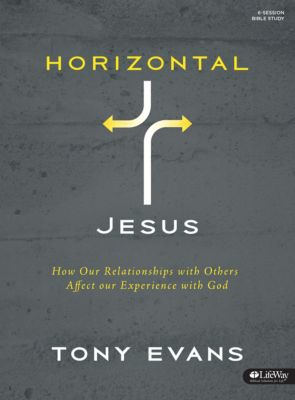 Horizontal Jesus: How Our Relationships with Others Affect Our Experience with God

Previous Post: « 3 Reminders That You’re Not in Control of Your Ministry
Next Post: Pastors Increasingly Endorse Candidates Away From Church »