More U.S. adults say they are currently atheist or agnostic than who say they grew up that way, but faith and spirituality are present even among non-religious Americans, according to a new study.

The multiyear research project from the Fetzer Institute on spirituality in America found 9 in 10 U.S. adults (89%) consider themselves spiritual, religious, or both.

Almost 3 in 4 Americans (73%) consider themselves religious to some extent, while 86% say they are at least slightly spiritual.

Despite the high levels of spirituality and religiosity, Americans direct association with religion shrinks as they become adults. A LifeWay Research survey found 2 in 3 Protestant teenagers drop out of church for at least a year when they become young adults. Most do eventually begin attending again at least occasionally, but 29% have not returned.

Roman Catholics also saw a similar drop, with 25% saying they were raised as such and 15% claiming the label as an adult.

Unspecified Christians grew 5 percentage points from childhood (14%) to now (19%). This may track with the growth of non-denominational Christians found in other surveys.

Few Americans say they were raised as an atheist (1%) or agnostic (1%), but both saw a 4-percentage-point jump with 5% identifying as each label now.

The largest point jump is among those who are “nothing in particular.” While 6% say they grew up that way, 14% identify as that today.

Still, most Americans say they continue to practice the religion in which they grew up (61%). One in 5 (20%) say they’ve changed religions.

Fewer have left religion completely (18%) and even less say they grew up as an atheist, agnostic, or nothing in particular but now belong to a religion (2%). Yet even among the quarter of Americans who do not identify with a religion (atheists, agnostics, and those who say they are “nothing in particular”), most still describe themselves as a spiritual person.

Atheists were more likely than other non-religious Americans to say they were not at all spiritual (66%), but around 1 in 3 describe themselves as at least slightly spiritual, including 1% who say they are very spiritual atheists. 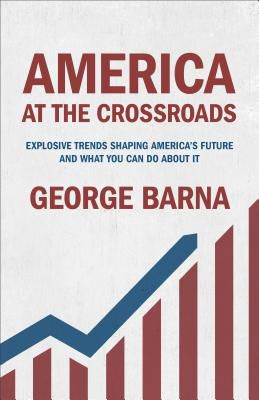 America at the Crossroads: Explosive Trends Shaping America’s Future and What You Can Do about It

Previous Post: « 6 Tips for Navigating Criticism in Ministry
Next Post: Should Your Church Use Facial Recognition Technology? »