People wait in line to get flu masks to avoid the spread of Spanish influenza on Montgomery Street in San Francisco in 1918. | California State Library photo

By Dwayne McCrary and Reid Patton

The year 2020 has been a year of change and upheaval. “Normal” seems like a thing of the past, and we haven’t yet reached what everyone keeps calling “the new normal.”

Our current cultural moment—this space between certainty and uncertainty—drove us to look at history to find out who else had experienced what we are currently enduring.

Throughout this year you’ve likely seen or read news stories comparing the current pandemic with the Spanish Flu of 1918-1919.

Then, much like today, a novel virus spread quickly all over the world, shuttering theaters, restaurants, and churches.

The economy halted, cities closed off from the world, people were urged to wear masks, and people protested wearing masks.

If those challenges weren’t enough, the world was also embroiled in a global military conflict.

In addition to the mass illness brought by the pandemic, 1919 was also marked by escalating racial tensions which boiled over into riots in many American cities.

When our current social unrest began, that initiated another search and revealed more similarities between then and now.

The quarantines, the economic uncertainty, and the social unrest make it feel like we’re in uncharted territory.

The events of 2020 have left many feeling adrift, reaching out for any piece of solid ground but coming up empty.

Since most of us don’t know anyone who was alive in 1919, it’s easy to feel like we’ve never been here before. And yet, a brief look into the not too distant past shows that in some ways, this is nothing new.

Specifically, the church in America has been here before and emerged stronger on the other side, which raises the question: How did that happen?

People searched for truth and certainty.

In times of fear and uncertainty, people long to find a safe place where they can find truth and have open and honest conversations about what matters most.

During the pandemic of the early 20th century, open Bible study groups provided a safe haven for struggling and searching people who desperately wanted to interact with others walking through the same hardships.

Difficult times caused people to ask difficult questions. The years 1918 and 1919 were devastating. Depending on who you ask, 1% to 5.4% of the world’s population died from Spanish flu.

Sadly, unlike COVID-19, Spanish flu had an unusually high mortality rate among 20- to 40-year-olds.

Then, like today, many struggled to find reliable information. Today we suffer from information overload.

During the Spanish Flu, the newspapers of the day were unreliable and censored. Soldiers returned from World War I unable to reenter society and unemployment soared.

But in the middle of a once-in-a-lifetime challenge, leaders in the church seized the unique opportunity God had placed before them.

During a pandemic, church leaders recognized the vital importance of attending ongoing group Bible Study (what they called Sunday School).

Much like today, the leaders were creative and made adjustments to meet the demands of the occasion.

Many groups met on days other than Sunday and away from the church building, even though they continued to use the name “Sunday School” as a placeholder for the general idea.

Arthur Flake was a businessman turned church leader who understood the connection between studying in a group and individual Bible study.

Flake believed the Bible provided answers to life’s big questions and that group Bible study helped individuals connect the truth of the Bible to their everyday lives.

The group dynamic held everyone accountable and created a place to share and process what they learned from their individual study of the Scriptures.

He believed all people—even the skeptic—needed to study the Bible and found ways to make that happen.

They pivoted to be innovative in ministry.

After the Spanish Flu, World War I, and the social unrest of 1919, life was different. There were no easy answers.

Instead of focusing on what once was, church leaders got busy and charted a course for what could be.

They created and launched many small group Bible studies. They found savvy ways of recruiting and training new teachers.

They got creative and found new ways for groups to meet. They put Bible study resources (including resources from what is now LifeWay) into the hands of people who needed them.

They embraced a difficult year of ministry and trusted God would build His church despite their current struggles.

It took work and lots of prayer, but the church emerged stronger and found new and innovative ways to bring the hope of the gospel to their communities.

When times seem uncertain, we can gain perspective and wisdom from those who came before us. The COVID-19 and Spanish Flu pandemics are by no means the first time God’s people have faced uncertain times.

In Haggai 2:1-7, we read about Zerubbabel and Joshua leading a group of returned exiles to rebuild the temple. But the work had stopped.

Verse three gives us insight into the stoppage—the new temple wouldn’t be like it had been before the exile.

While it’s good and natural to mourn the loss of what was, God’s people had work to do.

God promised His presence in the process and wasn’t God’s presence the point of the temple anyway? God reminded them a better day was coming.

The building they built would become the walls and temple visited by Jesus in the flesh.

This alone made the temple they were about to build a greater temple than the one built by Solomon that they were so distraught over.

They simply lacked the perspective to see what God would do with the work of their hands.

Like the exiles of ancient Israel and the 20th century church, we have been here before and should be encouraged to pick up a stone and start building once again.

Only God knows what He will do if we are willing to step out in faith and attend to the work He’s given us. Through much uncertainty, we can be certain He will be faithful to us.

DWAYNE MCCRARY leads in the creation of ongoing Bible studies for adults, is an adjunct professor at Midwestern Baptist Theological Seminary, and teaches ongoing Bible study groups in his church. Dr. McCrary is married with two grown children, two grandchildren, and a third to be added in December.

REID PATTON (jreidpatton) is an editor and content creator for LifeWay Christian Resources. For the past ten years, he has developed Bible study resources for pastors and churches across the country. He lives in Spring Hill, Tennessee with his wife, Kristen and daughter, Ceile. 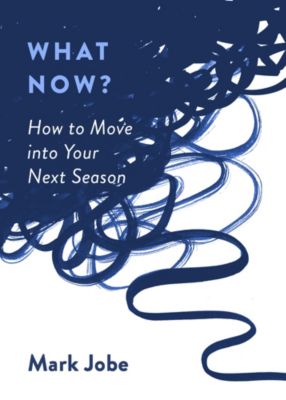 What Now? How to Move Into Your Next Season

Previous Post: « Which Americans Are Least Likely to Believe in Jesus’ Resurrection?
Next Post: How to Overcome Digital Ministry Fatigue »