It’s not surprising that most evangelicals in the U.S. believe God is perfect and the Bible is true. What is surprising perhaps is the level of confusion around some basic tenets of the Christian faith.

In the 2020 State of Theology study sponsored by Ligonier Ministries, LifeWay Research surveyed 3,000 Americans and asked them a number of questions about God, Christian ethics, and religion in general.

The study found around 1 in 5 Americans (19%) are considered an evangelical by belief, according to the LifeWay Research and National Association of Evangelicals definition—a percentage that has remained consistent since the 2016 State of Theology study.

People are classified as such if they strongly agree with each of the following four statements:

However, many Americans who hold these evangelical beliefs about the Bible, salvation, and Jesus Christ, also hold beliefs that are not keeping with Scripture and core doctrines of the Christian faith.

Confusion over the Trinity

Almost all evangelicals by belief (96%) say they believe in the classic Christian doctrine of the Trinity—one God in three Persons: Father, Son, and Holy Spirit.

Yet, nearly two-thirds (65%) say Jesus is the first and greatest being created by God (a view championed by the ancient heretic Arius and condemned by both the Councils of Nicaea and Constantinople).

Three in 10 evangelicals by belief say Jesus was a great teacher, but he was not God.

There was also some confusion over the nature and work of the Holy Spirit.

Nearly half (46%) say the Holy Spirit is a force rather than a person. And almost 2 in 10 (18%) believe the Holy Spirit can tell them to do something which is forbidden in the Bible.

Sin, salvation, and the prosperity gospel

A majority of evangelicals believe Jesus will one day return to judge all people who ever lived (97%), hell is a real place where certain people will be punished forever (92%), and that righteousness comes not from one’s works but only through faith in Jesus Christ (84%).

However, 43% disagreed that even the smallest sin deserves eternal damnation. And nearly half (46%) say everyone sins a little, but most people are good by nature.

When it comes to blessings, some say God doesn’t wait.

Four in 10 evangelicals believe God will always reward true faith with material blessings in this life, a belief commonly associated with the prosperity gospel.

While a full 100% of evangelicals believe God created male and female, 22% say gender identity is a matter of choice.

Views from the pews (or maybe the couch)

In the very early stages of the COVID-19 outbreak in the U.S. and the disruption of normal worship practices, more than a third of evangelicals (39%) said worshiping alone or with one’s family is a valid replacement for regularly attending church.

And more than a quarter (27%) say worship services should be entertaining if churches want to be effective.

While pastors can be thankful the majority of evangelicals by belief have a good grasp on many major doctrines, they might have some members who are fuzzy on many important details. 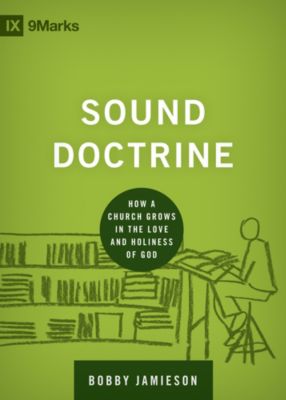