I recently had to own and repent of a ministry failure to our deacons.

I apologized for my ministry-hoarding tendencies during the pandemic. You see, from the get-go, I was thinking fast, working hard, and leading strong.

But I was doing it on my own.

I didn’t realize it at the time, but it amounted to me leading as if I was not only the glue keeping us together, but I was also the builder, the crafter–you name it. Sure, my administrative assistant was a vital help, as was our praise team.

But it eventually dawned on me that it was all on me when I looked at my ministry calendar.

Most of us are the sole staff members of small (rather, normative) churches, and many are in rural Nowhere, USA.

Just because we’re on our own on the payroll doesn’t mean we Lone Ranger our lead. After all, even the Lone Ranger had Tonto.

In 2020, I’ve had zero. Why? That’s the rub. That’s where I dropped the ball. And that’s when I realized I was Lone Ranger-ing my leadership.

I (wrongly) thought, If it’s to be, it’s up to me. If I missed a Sunday right now, amid all this mess, our church would lose momentum. And we had momentum!

We grew, baptized several folks, many more joined, and had a growing group of visitors. I had the pedal to the metal and (wrongly) felt if I tagged someone else in, we’d lose our momentum.

As it turns out, I have plenty of help. Both in the pew and in my back yard. I just have failed to delegate and to recruit giftedness to come alongside me in ministry.

There’s a former pastor who serves as a deacon in our church. He could’ve preached.

There’s a nearby church planting catalyst for the North American Mission Board. He could’ve preached.

I have a pastor-friend in nearby Roswell with several pastors on staff. Any of them could’ve preached.

Help was out there, but I didn’t ask for it.

But if you invest in others and build it more around the vision, what happens when you leave? It keeps going.

The Lone Ranger had Tonto, and Jesus had the 12. We read about Him sending them out for the work of ministry in Matthew 10:

“Jesus sent out these twelve after giving them instructions: “Don’t take the road that leads to the Gentiles, and don’t enter any Samaritan town. Instead, go to the lost sheep of the house of Israel. As you go, proclaim, ‘The kingdom of heaven has come near.’ Heal the sick, raise the dead, cleanse those with leprosy, drive out demons. Freely you received, freely give” (Matthew 10:5-8, emphases mine).

“After this, the Lord appointed seventy-two others, and he sent them ahead of him in pairs to every town and place where he himself was about to go. He told them, “The harvest is abundant, but the workers are few. Therefore, pray to the Lord of the harvest to send out workers into his harvest. Now go; I’m sending you out like lambs among wolves” (Luke 10:1-3).

Further, Jesus’ lead expanded to all of us, which we read about in Matthew 28:

“Jesus came near and said to them, “All authority has been given to me in heaven and on earth. Go, therefore, and make disciples of all nations, baptizing them in the name of the Father and of the Son and of the Holy Spirit, teaching them to observe everything I have commanded you. And remember, I am with you always, to the end of the age.” (Matthew 28:18-20).

From the few to the many and now to all, Jesus’ leadership is a model worth following as we aim to lead like Jesus. Let’s not go at it alone. Let’s bring people on board, invest in them, and mobilize them to lead with us and from us.

MATT HENSLEE (@mhenslee) is the pastor of Mayhill Baptist Church in Mayhill, New Mexico, D.Min student of the Southwestern Baptist Theological Seminary, and author of a few books, including Text-Driven Invitation. 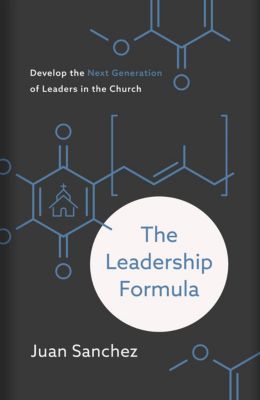 Previous Post: « Will People Leave Your Church Over Politics?
Next Post: 3 Strategies for Keeping Your Church Connected During COVID »