Everyone can agree the year 2020 will be talked about for decades to come. Young people will one day recount to their grandchildren the year that changed everything.

They’ll tell of the great pandemic, racial tension, political division, and who knows what else. But will they tell of their conversion?

Will they recount God’s gift of salvation as they came to realize the goodness of His gospel amid the most chaotic year of their life?

The life-changing stories told to future generations depend on what Christians do right now with the upcoming generation.

1 Peter 3:15 says, “[be] ready at any time to make a defense to anyone who asks you for a reason for the hope that is in you.” That defense is known as apologetics—a defense of the faith.

Traditional apologetics has typically followed intellectual arguments that give evidence of God’s existence.

Many of these arguments are sound and necessary to reveal the reality of Christianity, but what if people’s objections to Christianity aren’t primarily about its reality?

This is the state the current generation finds itself in. In order to winsomely evangelize the upcoming generation, the following three apologetic approaches must be given more careful attention.

But have you ever wondered why for some people, you can answer every question they have about the gospel, and they still will not place their faith in Jesus?

It’s because there’s more at play in someone’s decision to follow Christ than the mere reality of Christ’s existence.

Jesus must be seen as worth following. He must be seen as more beautiful than all the things of the world or else this generation will be no different than the rich young ruler who talked to Jesus face to face but turned back toward his possessions (Matthew 19:16-22).

Paul Gould in Cultural Apologetics convincingly argues that an apologetic is incomplete if it fails to defend the beauty, goodness, and truth of Christianity while engaging the imagination, conscience, and intellect.

A holistic approach to evangelization must become the new norm in order for young people to see Christ as not just true, but beautiful, good, and necessary as well.

In order to effectively evangelize young people today, the church must be ready with an ethical apologetic in addition to cultural apologetics.

Much of the younger generation fails to follow Christ because they view Him as morally repugnant.

Our modern Western culture is an ethical antithesis to biblical morality.

The sexual revolution has redefined purity and marriage. The cancel culture of tolerance has set itself up against the absolutes of morality and truth.

In a world that says everyone can believe what they want and act as they want, biblical absolutes are seen as outdated, oppressive, and revolting.

In the not-so-distant past, there was a common moral understanding present within culture. This allowed apologetic approaches to be more intellectual in nature. Not so today.

For many people, the morality described and prescribed in the Bible must be defended before one will even consider the intellectual truth it claims.

This doesn’t even hit on the reality that many people don’t want to believe in God simply because they’d rather live an amoral lifestyle devoid of accountability, as James S. Spiegel’s The Making of an Atheist persuasively argues.

God’s nature and His ways must be seen as good, and the church must have answers in regard to biblical morality within this decadent culture.

3. The Problem of Evil

Even if the reality of God is revealed, His goodness in response to the evil in the world must be defended as well.

The upcoming generation lives in the debris of the September 11 terrorist attacks. They’ve grown up amid America’s longest lasting war. They’ve lived through a worldwide pandemic.

They tend to have more questions about God’s character than they do about God’s existence.

If God is good, why would He allow so much evil and suffering? John Lennox’s Where is God in a Coronavirus World? seeks to answer this very real and personal question of the problem of evil that many people currently have.

The problem of evil is an emotional and oftentimes personal problem. When people question God’s goodness, it’s most likely because of some hurt they’ve experienced more than some atrocity they see from afar.

When real hurts are present within real people, the emotional temperature must be lowered first and appropriate pastoral care given before the problem of evil can be addressed.

Only then will God’s goodness in response to the evil in the world be acknowledged and received.

The Most Effective Tool

In order to effectively evangelize the upcoming generation, God’s beauty and goodness must be defended, Christian ethics must be more tightly connected to that defense, and evil and suffering must be addressed with empathy and compassion.

The task may seem daunting, but there’s a tool that’s centuries old, proven to cut through the ever-changing culture to the heart of the matter. For what is more beautiful and overwhelmingly good than the gospel?

Gospel literally means “good news.” It cannot be outdone. After all, it’s not the efforts of man that save, but the gospel alone that can save.

The upcoming generation needs to see the gospel clearly for what it is. The gospel is beautiful because it restores what’s been broken.

It’s good because it redeems evil and suffering and brings what was dead to life. And it’s true and necessary because there’s evidence of an empty tomb and a risen and ruling Jesus.

The next generation should see that the gospel applies to their lives, answers their biggest questions, and fulfills their deepest longings.

The gospel, however, isn’t heard and received unless it’s proclaimed to people through people (Romans 10:14).

There’s no better time than now, amid this most unprecedented year, for God’s people to give reason for the beauty, goodness, and truth of this life-changing reality.

JACOB HAYWOOD (@jacobhaywood) currently serves as the student pastor at Grace Baptist Church in Tullahoma, Tennessee. He’s also a PhD student in Apologetics at The Southern Baptist Theological Seminary and is pursuing a ThM in Ethics. 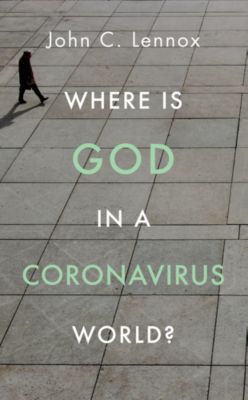 Where is God in a Coronavirus World?

Previous Post: « 5 Biggest Concerns Pastors Have Right Now
Next Post: 6 Truths to Remember Before You Give Up on Your Church »