Did you know America has almost 500 fewer mountains today than it did in the 1950s? I thought mountains last forever, but that’s not always the case.

The oil crisis of the 1970s led to an increase in the practice of strip mining, in which a large portion of a mountain is removed to get to the coal underneath. The mountain that’s removed is often dumped into surrounding valleys and streams.

Strip mining is a controversial practice that literally removes mountains so natural resources can be exploited. Strip miners only care about what they can take from the earth, not how they can help it grow and flourish.

There’s a real temptation for pastors to treat their churches the way a strip miner treats mountains. This came to mind after I had a conversation with a pastor describing a church he’d led in the past.

He told me, “I had a good ministry. The people really followed me there.” I hope he didn’t mean it quite like it sounded to me, but many pastors do fall into thinking about what they can get out of a church, not what they can contribute.

There are many subtle and small ways pastors exploit a church instead of helping it flourish.

Pastors might neglect their church duties while trying to make a name for themselves online or within their denomination.

Other pastors might take advantage of their free time at the church to go golfing or to surf the internet all day long.

In the most egregious cases a pastor steals from the church or uses the pastorate to take advantage of others.

All of these are cases might be easy to see or diagnose, but there’s still a more subtle danger.

When pastors tie their church size and accolades to their identity, they’re like the pastor I mentioned earlier—the one who thought people following him was the most important thing.

The church doesn’t exist for the sake of pastors. The church exists to be the wisdom of God made manifest in the world. Pastors can’t exalt God while also trying to make much of themselves.

Another way pastors strip mine churches is when they see them only as stepping stones to bigger and better ministries.

There’s nothing wrong with leaving one church for another, but there is a problem when a church is only seen as a place to be used.

Pastors exploit the bride of Christ when they use a church to make themselves appear better for another place they’d like to get to.

How do we avoid strip mining a church?

Pastors need to serve their church without expecting anything in return. A worker is worthy of his wages, but too many pastors want their wage and a little bit more. Jesus is the only One entitled to the highest of honors.

Yet, Christ didn’t consider equality with God something to be used for His own advantage (Philippians 2:6).

Instead, He laid aside His robes of glory and put on the robes of human flesh. Christ looked out for the interests of others even to the point of death on a cross.

When pastors follow the example of Christ, they’ll not see the church as something to be used for their own advantage. Instead, pastors will be willing to lay down their lives for their flock, just as Christ did for us.

Pastors give their life for their churches by faithfully preaching the Word, laboring for their church in prayer, and working to bring God’s people to maturity in Christ.

This can look like a thousand different activities in the regular life of a church such as making hospital visits, ministering at funerals, and working in VBS along with volunteers.

Every church has the potential for life and power when that church is seen as a place to give toward, not be taken from.

Pastors, therefore, should look at the church as the bride of Christ, the people of God’s own possession, a people they can give their lives for.

Your church is not a strip mine, pastor. Work so that the church becomes richer and more productive by your ministry there. 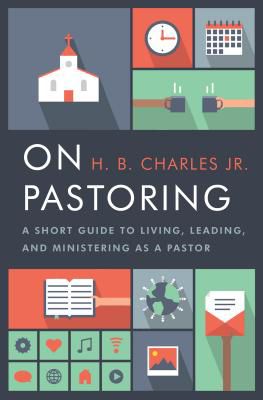 On Pastoring: A Short Guide to Living, Leading, and Ministering as a Pastor