A few weeks ago, I was at a gathering of local pastors—you know, the kind where we stand around eating grocery-store baked goods and drinking church-kitchen coffee.

While there, I heard another pastor make the statement that he told “his people” (a reference to the congregation of the church he pastors) a certain piece of information.

That pastor is a good pastor. I know his heart. But his choice of pronouns did spark a thought in my mind which, after reflection, turned into a warning.

I want to share this warning with you: We have to be careful we don’t take the ownership of the church away from God in an attempt to show love and dedication to God’s people.

I understand that in many (maybe most) cases when a pastor refers to the church, people, resources, or even pulpit as being “his,” he’s saying he identifies with the church and the people he serves through ministry.

He considers it a close personal relationship, much like saying “my kids” or “my team.”

The problem is that we’re broken, and while we may start with communicating a relationship, we often stray toward feeling a sense of possession. Our calling is one of stewardship, not ownership.

When we feel we own the church and the people, they and the church’s resources become objects that serve us instead of us serving God.

You can see examples of this take root when the church van is used without discretion by the student pastor and his family. Or when children’s ministry resources, like a bounce house, are used at the worship minister’s house just to entertain his children.

Seemingly trivial examples like this can be a slippery slope.

The people and resources of the church shouldn’t be used by the pastor and ministers as if these things were their own. If we possess the people we’ll use them for our purposes.

Displaying Humility as a Leader

When we call the church “our people” we will also feel personally attacked if they don’t fall in line with our wishes and our direction. And we’ll be unreasonably hurt when they choose another church.

If you serve in a congregational setting with this mindset you’ll dictate the direction and decisions instead of informing the smart adults who make up the church—facilitating them to come to decisions together.

I’ve seen this express itself in clergy putting members in a difficult spot by asking them for recreational resources like a pool, lake house, or game tickets. My advice is to always avoid that because it’s an abuse of your position.

If we possess the resources, we’ll acquire them with our interest in mind.

For example, I’ve always had a problem with pastoral offices that look and feel more like luxury suites at professional sport stadiums, complete with private parking, bathrooms, exits, and lounge areas.

The work we do as pastors doesn’t need twice the space everyone else needs. I’ve seen remodeling projects turn into expressions of how the pastor’s wife wants her small-group room to feel, including a fireplace and expensive molding.

Likewise, if we feel we possess the clock, the time can be spent on me instead of us. One of my go-to phrases is, “If you wouldn’t try to do that while working at a bank, don’t try to do it working at a church.”

If I worked for a bank, a law office, or a school I couldn’t just walk out three hours early so my wife can go to the grocery store without my kids.

There are always exceptions and extenuating circumstances, and there should be allowances for that. But I’m paid with an expectation that I’ll work hard for the duration of the workday.

I know there are times when our calling feels (and is) more like a 24-hour, on-call job than a 9-to-5. For the vast majority of the pastors and ministers I know, however, that’s the exception and not the rule.

The truth is, some of us have become lazy—and it shows.

God’s Church and His Glory

No doubt about it: Most ministers truly love the church and serve her and Christ well. My goal isn’t to split hairs on words and discourage church leaders. It’s not necessarily a sin to reference the church with a possessive pronoun.

My only caution is that we should be careful to not lose sight on Whose church it is, and in doing so, give God the glory He’s due.

JOSH KING (@JoWiKi) is the pastor of Second Baptist Church in Conway, Arkansas, husband of Jacki, and father of three boys. He’s also a co-host of the EST.church podcast. 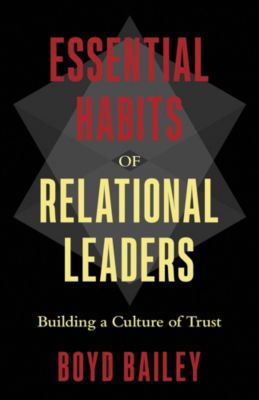 Essential Habits of Relational Leaders: Building a Culture of Trust