Photo by Jeremy Yap on Unsplash

I don’t think there’s been this much dissension about meeting together since Sue Ellen Johnson wore that pantsuit to church in 1972 … or David Clark brought that pair of drum sticks into the sanctuary in 1987 … or, well,  come to think of it, we’ve been fairly consistent in finding fault with the way others have approached life in the church and life as a believer.

We can go all the way back to the first century. Jewish Christians struggled with letting go of the old dietary laws and judged the Gentile believers for being “too loose” in what they ate. Meanwhile, the Gentiles despised the Jewish believers for being so backward and not joining them in a pulled pork BBQ sandwich.

Paul jumped into the foray taking place in the church in Rome.

Paul did not rebuke either the “carnivores” or the “vegetarians” for what they believed, but he did rebuke them for their attitude.

Paul also addressed their squabble over the disputable matter of observing certain days as holy. While Paul had a definite opinion on the matters, he didn’t argue for his viewpoint. Instead, he said that, whatever you do, be convinced in your own mind and do it unto Christ.

Whatever we do, we do it to honor Christ—and we do it with a heart of thanks. As Paul said elsewhere, “So, whether you eat or drink, or whatever you do, do everything for the glory of God” (1 Corinthians 10:31).

OK, Paul, we get it: accept one another. But Paul isn’t through with us. Just leaving each other alone in our respective views is not enough. We must also work to build the other person up:

The world’s way is to tell the other person to grow up and get over it. But the law of love says to stop what you’re doing for the sake of the other person—even if your viewpoint is right. We face something far more important than being right. The most important thing is to act with love.

Therefore, do not let your good be slandered, for the kingdom of God is not eating and drinking, but righteousness, peace, and joy in the Holy Spirit” (Romans 14:16-17).

Let me put this in the context of the debate entering the church over COVID-19. The kingdom of God is not a matter of facemasks, distancing, and hand sanitizer, but living in the righteous, peace, and joy found in the Holy Spirit.

Incidentally, Paul kept referring to the weaker brother or sister. In the debate raging about how to come back as a church, who is the weaker person? With whatever issue we face, it’s always the other person, right?

OK, so let’s assume that, regarding COVID-19, you are right and you are the more mature believer. As the “stronger” person, your responsibility is to not put a stumbling block in the path of someone else.

We’re going to get past COVID-19. And when this is all behind us, what will matter is how we loved and treated each other.

LYNN PRYOR (@lynnpryor) is a team leader in LifeWay’s ongoing adult Bible study department. He also serves as an interim pastor in the Nashville area. Read more from his blog at lynnhpryor.com, where this article first appeared. 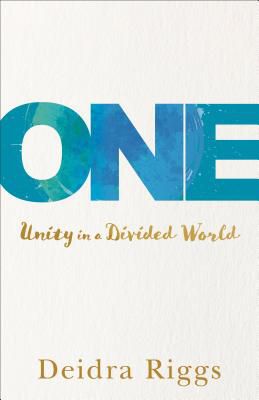 One: Unity in a Divided World