Photo via The Jezreel Expedition

A biblical garden coveted by a notorious king and murderous queen may have been uncovered by archaeologists in northern Israel.

After Naboth was stoned due to the false charges, Elijah met Ahab in the vineyard and prophesied that the king’s descendants would be killed, and his wife would meet a gruesome end.

After hearing the judgment, Ahab humbled himself and God withheld the judgment until after he died.

In 2 Kings 9, Elisha anoints Jehu, a military commander, as the new king of Israel. Jehu then executes God’s judgment on Ahab’s family, including watching as Jezebel was tossed down from a tower to die in what was Naboth’s vineyard.

A recent paper published in the Journal of Eastern Mediterranean Archaeology and Heritage Studies says researchers have discovered a vineyard winery that matches the biblical narrative, according to The Jerusalem Post.

First discovered by archaeologists in 2013 at the Jezreel expedition, the winery was last used “around the first century BCE,” according to Dr. Norma Franklin of the Zinman Institute of Archaeology, but it was created much earlier. Dr. Norma Franklin gives a tour of the winery site. | Photo via The Jezreel Expedition

Franklin said they tested the soil in the area to see if it was possible to grow grapes. “The results showed that in the whole area there was only a small zone that would be good for vineyards, exactly where the ancient winery stood.”

The Post reports that “several installations [were] carved into the bedrock.”

Franklin said the wine-making technique used at the Jezreel site was ancient, “involving people treading the grapes with their feet, probably not more than four people at a time.”

And, she said, later wineries were usually built in the villages, not in directly in the vineyard, as the one in Jezreel was. 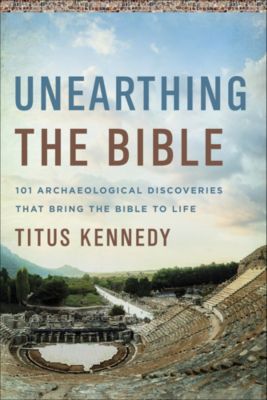