LifeWay Research surveyed pastors’ spouses to determine their struggles and what actions and attitudes lead to short-term happiness and long-term thriving.

The study found eight factors that helped pastors’ spouses succeed, but there are also four factors that predicted difficulties.

More than 2 in 5 pastors’ spouses say they’ve experienced conflict with other church staff or leaders. Younger spouses are more likely to say they’re experiencing this.

Unsurprisingly, having these issues with other leaders in the church predicts lower well-being for the pastor’s spouse.

With people in leadership and within the congregation having differences of opinions, conflict is virtually unavoidable. It doesn’t, however, have to be serious or damaging to the long-term emotional health of the pastor’s spouse.

Pastors should work with their spouse to handle any actual or potential conflict in a healthy manner.

Church members and other leaders should avoid attempting to use a pastor’s spouse as a means through which they can express their disagreement with the pastor.

More than half of pastors’ spouses (55%) say it’s difficult to balance church and family considerations in making decisions about changes in position.

Pastors should reassure their spouse that they realize their primary calling is to their family and their decisions will reflect that, while also reminding them God has called their family to the ministry.

Church members should work to make sure hard decisions aren’t made even more difficult by placing undue pressure on spouses or attempting to use them to influence their spouse.

3. Feeling burned out in their role

Pastors can work with their spouse to help them avoid burnout, while remind them they have the freedom to turn down volunteer responsibilities.

Congregations shouldn’t expect their pastor and especially not their pastor’s spouse to be on call 24 hours a day, seven days a week.

4. Developing callousness toward others

Two-thirds of pastors’ spouses (66%) admit that at least occasionally they’ve become more callous toward people since their spouse began their job.

One in 5 say they feel more callous more than half of the time, with 3% saying they feel so every day.

Pastors’ spouses should work to cultivate a tender heart to those under the spiritual leadership of their spouse.

Pastors and church members can help pastor’s spouses accomplish this by encouraging them and working to make their time in ministry positive.

If you’re a pastor’s spouse, how have you worked to maintain a healthy perspective? What are some ways your spouse and your church family have helped you? 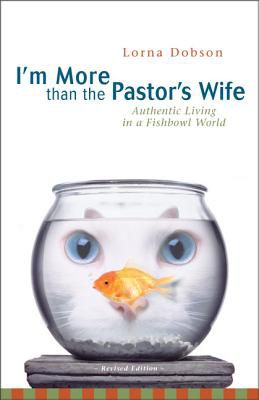 I’m More Than the Pastor’s Wife: Authentic Living in a Fishbowl World

Previous Post: « What Isolated People Need Most from Your Church
Next Post: Churches, Religious Liberty Face Uncertain Future in Courts »