Photo by Trevor McKinnon on Unsplash

The church is not a harbor for saints; it is a hospital for sinners.

I read that phrase a few days ago on social media, and it struck me in the gut. I’ve heard it before in various ways at various times, and I’ve never given it much thought. This time, however, it wouldn’t let me go.

The original phrase is slightly different. It reads “museum” instead of “harbor.” That changes the meaning, but it’s this newer implication I was bothered by.

The pithy saying is intended to cause us to be a welcoming place to those far from Jesus. Our gathering is to be appealing to those who do not yet, but hopefully soon will, know Jesus.

The church is supposed to be a place where broken people can find rest and acceptance. But is it?

My fear is we’ve accepted this manner of thinking to the point that we’ve emptied the church (the place) of what it is supposed to be.

Believe me, I know, the church is a people—not a place, and maybe that’s the first problem. But if we go ahead and speak of the church as the building in which we gather, is it intended to be a hospital or a harbor?

In this current climate in which we’ve been forced to socially distance, we haven’t been able to go to church. That has been hard, and in many ways it’s been painful.

At this point we’re missing things many of us took for granted: encouragement, accountability, and the simple joy of being with each other.

We grew so accustomed to drifting into the church building every week and singing the songs of our heritage, laughing at the human narratives chosen to illustrate the biblical truths, and embracing each other in joy.

The church—the building—was our harbor, our safe place. We spent the week engaging the culture with the gospel, locked in a battle we cannot see. But each Sunday we were able to dock, rest, and regroup.

Our church gatherings ought not be offensive or strange to the outsider but it should be primarily a place that feels like home for the believer.

Let me propose a new way to think of that phrase. Really, not a new way, but a very old way: What if the church was first and foremost a harbor for saints? A warm and welcoming harbor.

Imagine a church in which the sermons and music were to speak to the followers of Christ and those followers were scattered weekly to take the healing balm of the gospel to those who need a “hospital.”

My suspicion is that the weekly launch into the storm, searching for the lost and hurting, will be much more profitable if we’re strong and filled with what we need.

JOSH KING (@JoWiKi) is the pastor of Second Baptist Church in Conway, Arkansas, husband of Jacki, and father of three boys. He’s also a co-host of the EST.church podcast. 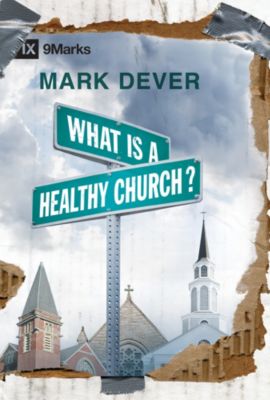 What Is a Healthy Church?

Previous Post: « Why the Good—and the Bad—Effects of Your Ministry Will Outlast You
Next Post: 3 Actions to Take When You Don’t Know How to Approach Race »