“I waited on the Lord and He heard my cry,” said the Psalmist (Psalm 40:1). He may have been waiting, but he was crying to the Lord at the same time.

These days, my wife and I are waiting a lot. We’re sheltering in place in our place. We’re not in the 65-and-above group; we’re in the 79-and-above group.

That apparently means we live with a target on our backs. We’re extra careful when we venture out, but also seeking to be faithful while we’re waiting.

Scripture talks a lot about waiting.

Our Lord told the disciples they were not to leave Jerusalem but “to wait for the Promise of the Father” (Acts 1:4).

So, after recovering from the shock of seeing the Lord ascending into heaven, they headed back into the city and headquartered in the upper room over the next week or so.

One wonders if they grew tired of waiting and impatient with the endless prayer meetings, which might explain something they did.

The disciples filled the vacancy left by Judas.

I wonder about that. How’d they come to this conclusion that it was the right time? Did they think they could do this without guidance from the Holy Spirit? We’re left to wonder.

Peter started it, as he seems to have a knack for doing. Clearly, he was the acknowledged leader of the apostles.

He proceeded to lay out a plan for replacing Judas. After all, he said, it fulfills Scripture (1:20). Peter, who had clearly thought this through, even gave the requirements for candidates:

Only two men met the qualifications, Joseph and Matthias.

In their prayer, they said, “Lord, show us which of these two You have chosen” (1:24). I suppose casting lots is like flipping a coin: it has to come down on one side or the other.

Matthias won the coin toss, and that’s the last we ever hear of that good man.

Is this a bad Example?

Now, it appears most biblical scholars have no problem what the disciples did.

In his discussion of the passage, Warren Wiersbe says it’s not significant that Matthias is never heard from again because that’s the case with most of the apostles.

So, I send forth my interpretation, not adamantly, but humbly, suggesting the disciples were out of line and presumptuously running ahead of the Lord, impatient for the coming of the Holy Spirit.

It seems to me that what we have here is a prime example of the Lord’s followers feeling there are some things for which we don’t need the Holy Spirit.

It’s like thinking we can handle small assignments by ourselves. That’s always a dangerous proposition.

They were having a hard time waiting.

Having. A. Hard. Time. Waiting.

I know that feeling.

We’d all agree waiting is tough work. But Scripture’s promises are numerous and wonderful, like, “They shall renew their strength” (Isaiah 40:31), or, “Wait on the Lord, be of good courage, and He shall strengthen your heart” (Psalm 27:14).

That psalm ends with an admonition: “Wait, I say, on the Lord.” 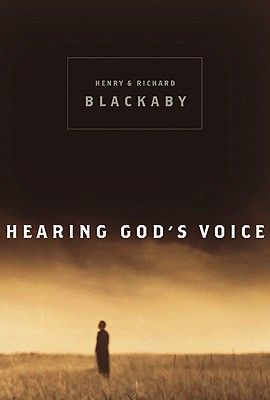 Previous Post: « Pastors Reveal Their Top 9 Current Ministry Stressors
Next Post: 6 Conversations to Have with Your Ministry Volunteers »