In our present moment of suffering, some have said Christians should primarily recover the role of lament in the Psalms, a form of prayer that permits us to express the grief of suffering without expecting a definite reply.

To this, my answer is: yes and no. Is lamentation a vital form of Christian prayer needed whenever the joy of life is suffocated by unutterable grief? Of course. Only the spiritually obtuse would deny this.

Yet in the Scriptures, we don’t only have the Psalms; we also have the prophets. And in a moment when affliction takes a jolting form of global proportions, the full counsel of God is needed.

In fact, the point must be pushed further: at no time are the prophetic writings of the Scripture more relevant than in moments of encroaching calamity.

Reading Amos during a Pandemic

Here’s a curious exercise that every Christian ought to attempt over the next few weeks: read through the book of Amos and the front-page of a preferred news site over the same cup of coffee, prayerfully asking what light the former has to shed on the latter.

I tried it this morning, and this is what I found.

Observation 1: When God speaks, He wants the whole world to hear.

There’s something almost comic about a rustic shepherd making prophecies not just regarding the plight of Israel or Judah, but Tyre, Damascus, and a variety of other nations.

We might ask, what authority gives a man like Amos the right to speak on behalf of places he very likely never visited? The answer, of course, is God.

In Amos, we see a truth that resounds through the pages of all of the Old Testament prophets—God isn’t a parochial deity whose power is limited to a single person or group.

As the children’s hymn reminds us, the God of the Bible has the whole world in His hands—not just planet Earth, but heaven, hell, the universe, and whatever else that exists.

The same glory that echoes through the heavens also reverberates through the annals of history. This is a truth that pains the conscience of some Christians.

Further, we’re far more hesitant, even embarrassed, to talk about God’s wrath than He is. It frustrates us that Scripture keeps setting on a lampstand a truth that we’d prefer to tuck safely away under a basket.

But the secret can’t be kept hidden. Case in point is the use of the divine ‘I’ in Amos.

Is it really possible to say the active involvement of God in our world has subsided since the days of Amos, that His willingness to use calamity to get the attention of idolatrous men and women has been repented of, left behind, and replaced by a message of mere comfort and peace?

A quick read of the New Testament would say no.

While we often can’t trace a particular judgment to a particular sin, Paul’s declaration in Romans has no statute of limitations: “For the wrath of God is revealed from heaven against the ungodliness and unrighteousness of men” (1:18).

Observation 3: We can never overestimate the extent to which sin has damaged the hearing of mankind.

In Amos 4, God mentions disaster after disaster that He brought upon Israel, each time concluding with the refrain, “Yet you have not returned to Me.” Is this really possible?

Could hunger, drought, disease, and conquest be too soft of noises to wake up an idolatrous heart? Evidently so.

Perhaps we’re not the first generation to look for natural causes (and remedies) without first—or ever—pausing to ask what God might say about the headlines.

Read the Psalms and the prophets

Where does all of this leave us? In the present moment, we need to be devouring the Psalms, especially the laments, as if they were manna in the wilderness.

As German pastor Dietrich Bonhoeffer noted long ago, the Psalms are unique in Scripture because they’re both God’s Word to us and our word to God.

Nonetheless, while reading the Psalms, we shouldn’t forget about the prophets.

These voices in the wilderness are an irrepressible witness that the present should always be the moment of repentance.

And even if we can’t tie a particular calamity to a divine cause, we can at a minimum affirm this: The worst catastrophe that can befall a human being isn’t a virus or a war, but being unprepared to be judged by the living God.

JOE BARNARD is the author of The Way Forward: a Road-map of Spiritual Growth for Men in the 21st Century (Christian Focus Publications). For eight years, he pastored a church in the Highlands of Scotland. He’s now the director of a men’s discipleship program, Cross Training Ministries. 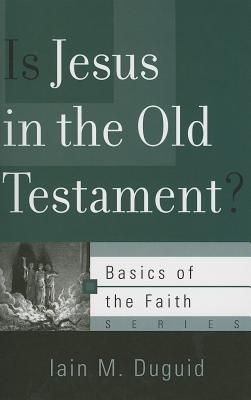 Is Jesus in the Old Testament?

Previous Post: « How the Pandemic is a ‘Painful Opportunity’ for the Church
Next Post: Embracing the (Unfulfilled) Longing to Gather as a Church »