For the first time, a majority of Protestant pastors believe global warming is happening and caused by humans.

A survey from Nashville-based LifeWay Research found 53% of Protestant pastors agree with the statement, “I believe global warming is real and man-made,” including 34% who strongly agree.

“Fewer pastors are rejecting global warming and climate change out of hand,” said Scott McConnell, executive director of LifeWay Research. “Yet pastors are still split on the subject, likely following along with political divides.”

A 2019 Pew Research study found 49% of U.S. adults say human activity contributes to global climate change a great deal, 30% say some, and 20% say not too much or not at all.

When asked how much natural patterns in the Earth’s environment contribute, 35% of Americans say a great deal, 44% say some, and 20% say not too much or not at all.

Differences of opinion among pastors in the LifeWay Research survey emerge throughout demographics and denominational ties.

African American pastors (78%) are most likely to agree.

A majority of Protestant pastors (54%) also say their church has taken tangible steps to reduce their carbon footprint, up from 45% in 2012.

Among those pastors who agree global warming is real and man-made, 70% say their church has worked to reduce their carbon footprint.

“Climate change can be a difficult issue to address because the causes and effects are not always easily seen where you live,” said McConnell.

“Much like the current coronavirus pandemic, environmental mitigation efforts require trust in the scientists measuring the problem and finding the best solutions that balance all of the concerns involved.”

Mainline pastors (67%) are also more likely to agree than evangelicals (47%).

Among the denominational families, Presbyterian/Reformed (69%), Methodist (67%), and Lutheran pastors (64%) are more likely to say their church has taken tangible steps to reduce their carbon footprint than Pentecostal (41%) or Baptist pastors (39%).

For more information, visit LifeWayResearch.com or download the full report. 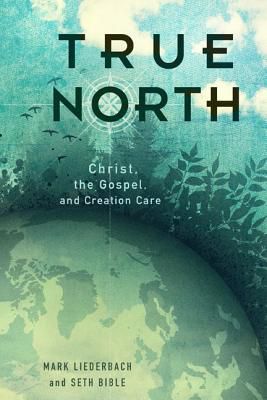 Previous Post: « 5 Ways to Grow Stronger During the Pandemic
Next Post: 10 Ministry Idols Being Exposed by COVID-19 »