The COVID-19 outbreak has upended nearly all aspects of American life. And for Christians, one of the most pronounced ways that change is being felt is in our rhythms of worship.

In a matter of weeks, or days in some cases, churches have had to find alternative ways to deliver the Word, to receive offerings, and to remain connected as church bodies.

And as we are finding our way through this unprecedented time, there has been no shortage of digital ink spilled intended to assist pastors and churches in navigating this crisis.

Below are some common questions asked about church and state during COVID-19. The answers to these questions I’ve compiled in a round-up of many important pieces published recently intended to help Christians and church leaders think about these issues.

1. Should churches comply with government-mandated closings?

As the virus spread, churches, along with other institutions, were advised and, in some cases, required to suspend their services in several states and localities.

This raised many questions about religious freedom and whether such a move threatened the principle of separation between church and state.

March 19 | Josh Wester: Thinking about religious liberty and love of neighbor during a crisis

I wrote this piece for ERLC examining whether such mandates affecting churches violate religious freedom and encouraging Christians to view compliance with these guidelines through the lens of love of neighbor.

“Due to the threat of COVID-19, the gathering of large assemblies has been deemed a public health risk. For this reason, it is not out of bounds for government to ask churches, in extreme cases such as this, to forego their assemblies for a time. Obviously, this is not without danger. It is critical to note that the government is not targeting churches or singling out religious gatherings. In this case the government, at various levels, has set forth guidelines or restrictions affecting multiple sectors of society both religious and secular with the specific goal of reducing transmissions.”

March 20 | Russell Moore: Does it violate religious liberty to close churches over coronavirus?

Russell Moore addressed whether he believes the state was overreaching in restricting the ability of churches to meet due to the coronavirus threat.

“The current situation facing us is not a case of the state overstepping its bounds, but rather seeking to carry out its legitimate God-given authority. … At issue is a clear public objective—stopping the transmission of a dangerous virus by gatherings. … Because the state must respect the consciences and souls of the people, consciences and souls over which it has no ultimate authority, any action involved religious bodies should have, in the words of the Religious Freedom Restoration Act of 1993, a ‘compelling state interest’ and must pursue the ‘least restrictive means’ of achieving it.”

Within a few weeks of these articles being published, most churches had made the difficult decision to suspend their regular worship services.

One of the harsh realities this entailed was a significant loss of income for these churches as giving declined in many places.

In response to the vast economic impact of shutting down whole sectors of the American economy, the federal government passed a series of relief measures totaling multiple trillions of dollars.

Included in that legislation was $350 billion in funding available in the form of loans guaranteed by the Small Business Administration.

As part of that funding, churches and nonprofits were eligible for these loans, and in some cases the debt was forgivable as long as the organization met certain requirements.

Guidestone published an extensive question and answer document to advise pastors and churches about their eligibility for these loans and implications of applying.

“Churches and pastors have options available to them depending on their own situations and convictions,” GuideStone® President O.S. Hawkins said. “It is good that the options are available for pastors and churches who may need to access the federal relief that is being made available due to economic circumstances that are beyond their control.”

March 31 | Russell Moore: Do SBA-backed loans violate the separation of church and state?

Russell Moore wrote this piece at the end of March in response to questions about utilizing the SBA-backed loan program.

“Over the past week, several pastors have asked me the same question: namely, is a church or ministry taking advantage of newly approved government-backed Small Business Administration (SBA) loans wrong to do so? Would such a church be now a government-funded enterprise? I do not think so.”

BP published this story from George Schroeder and Jonathan Howe taking a deeper dive into the resolution of religious freedom concerns for faith-based organizations applying for the loans.

“I’m thrilled to see the ERLC and others working to make sure the paychecks of all Americans are protected, without changing the religious beliefs of employers,” [attorney Jon Whitehead] said after the interim final rule had been released. “This will clear huge hurdles for many ministries. I hope to see additional guidance that would make clear services provided by some religious groups, like weddings, retain their full, First Amendment protections.”

Travis Wussow also wrote about the implications for religious freedom related to churches pursuing an SBA-backed loan after further guidance was published concerning the way the program would be administered.

Among the most helpful discussions about whether churches should consider pursuing an SBA-backed loan were these two articles from pastors Bart Barber and Casey Hough.

Bart explains why he will not be leading his church to pursue an SBA-backed loan, while Casey interacts with Bart’s arguments to defend the idea of churches pursuing the loans.

Bart Barber: Why I Will Not Lead FBC Farmersville to Apply for CARES Funding

““I think we would do well to remember that ‘strings attached’ aren’t always external in their nature. Whether the government places external demands or not, the church that comes to rely upon governmental funding is a church that will be conspicuously solicitous toward the perceived likes and dislikes of the government.”

3. Should I be concerned about government overreach?

In most cases across the country (so far) churches have had little if any issues with state and local governments restricting their abilities to conduct vital ministry efforts.

But in certain cases, these restrictions have become overbearing and threatened the freedom of religion guaranteed by the First Amendment.

“At this moment, we need both elected officials thinking about why religion is essential and religious leaders thinking about the complexities of public health,” [Travis] Wussow said in written comments. “We can avoid both overreach and paranoia by working together in common purpose — to love our neighbors and protect the vulnerable.”

April 11 | Russell Moore: Churches and governments are cooperating. Let’s keep it that way.

After seeing a few of concerning incidents arise, Russell Moore wrote that in most places churches and local governments are still doing just fine.

But he stressed that elected officials need to be careful not to overreach and upset this balance because churches and local governments are critical allies during this crisis.

“Times of crisis sometimes lead to fraying nerves, severed relationships, and to paranoia and mistrust. The real story so far in our country is how little of this has happened between the church and the state. We should work to keep it this way, for the sake of everyone.”

Travis and I co-wrote this piece taking a closer look at some of the issues related to government overreach, especially in light of churches making special plans for Easter weekend.

“The government has a clear public health interest in restricting public gatherings. But even in times of emergency, officials must be sensitive to fundamental freedoms and tailor public health restrictions narrowly. We are therefore concerned about certain instances of aggressive action that both violate the spirit of cooperation these moments call for and erode trust in the capacity of local leaders to rise to the occasion.”

And in response to the mayor of Louisville’s decision (which was recently overturned by a federal judge) to prohibit alternative church gatherings like drive-in services and his threat to have police surveil cars in church parking lots, Albert Mohler published two articles calling attention to this clear example of overreach.

“Louisville Mayor Greg Fischer threatened to take action not against those who might violate the social distancing guidelines, but specifically those who otherwise would have kept those orders and participated in a drive-in worship service. As long as people remain in their cars and are of the same household, it is very difficult to see this as anything other than a specific targeting of religion and Christian worship services.”

Travis and I co-authored this explainer after Attorney General William Barr issued a release outlining the necessity of protecting religious freedom in the midst of the COVID-19 outbreak and announced that the DOJ filed a Statement of Interest in the case involving the Temple Baptist in Greenville, Mississippi.

“AG Barr’s statement strongly states that the First Amendment rights possessed by houses of worship do not disappear simply because of the existence of a pandemic . . . As Christians, we know the impact our faith—and our communities—plays in helping us to remember our purpose and find meaning during these difficult times. The statement included a touching affirmation of the role that faith communities are playing during the COVID-19 pandemic.”

We’ve not reached the end of the pandemic. In the days to come, more will transpire as churches and governments at various levels continue to deal with the complications arising from COVID-19.

And as they do, leaders will continue to advocate for religious liberty and defend the rights of churches as they minister in their communities.

JOSHUA WESTER (@jbwester) is director of ministries at Redemption City Church in Franklin, Tennessee, and serves as the director of research for the Southern Baptist Convention’s Ethics and Religious Liberty Commission. 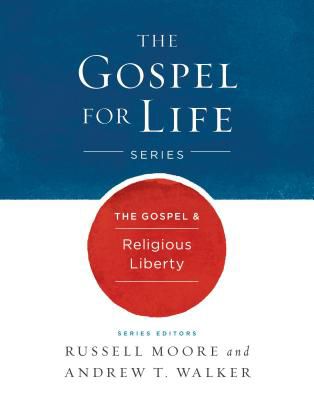 Previous Post: « How COVID-19 Can Help Churches Prepare for the Next Disaster
Next Post: Americans Say Connecting in Homes, Churches Top Priorities for Reopening Society »