I’m loath to even make an attempt at redeeming or defining the word “authenticity.” It’s a buzzword that’s been used and abused to the point of relative meaninglessness.

But it’s a word that matters and that is worth using well. By definition, it is a word that reflects truth and genuineness—things we need as followers of Christ.

These days we see “authenticity” used prevalently as an excuse to express opinions or feelings with any choice of language, regardless of time or place or audience. “Authenticity” is used to build personal brands for social media influencers.

But authenticity used in either of these ways is decidedly inauthentic; rather it is a defense mechanism or a curated presentation of one’s self.

In a small group context these faux versions of authenticity are detrimental at best.

They hinder relationships. They suppress honesty. They dominate a conversation so those who really need help and a listening ear aren’t heard.

Ultimately they distance people from one another instead of doing what honest authenticity does, drawing people into real relationships before Christ.

Here are five differences between genuine and fake authenticity.

Are you sharing to present an image or to be honest about what is really going in your heart or life? Are you curating openness so people feel pity for you or are you admitting you need help?

They often sound the same, and it’s the motive that is the difference. The biggest difference is the vulnerability and risk each is willing to take.

Fake authenticity may sound like it is taking risks, but they are calculated, avoiding the costliest admissions of failure and need.

Genuine authenticity is willing to put all the hard, ugly things in the pen for the sake of being truly know, loved, and helped.

One version of authenticity only thinks of offloading burdens, getting things off its chest, and venting.

It takes burdens and places them directly on others but never shoulders their burdens. It is honest in what it says, but not humble and caring toward others.

Genuine authenticity stems from a humble heart that considers others and recognizes burdens must be shared.

It’s an exchange of honest help and depending on the Holy Spirit for wisdom and strength.

The version of authenticity that’s become prevalent is one that announces its opinions and feelings with impunity and acts as if they are right simply because they are spoken.

It may offer a window into the sharer’s soul, but it’s a locked window to keep everyone out.

It gets defensive when people get too close with follow-up, prayer, and especially advice or correction. It wants to be heard, but not changed.

Genuine authenticity shares for the very purpose of hearing from God’s people. It recognizes a need for direction and prayer.

Fake authenticity leans heavily on phrases like this in order to speak “honestly” while also taking liberty to be a jerk.

The words may be true, but the heart behind them is hard and inconsiderate.

It speaks hard truths in hard ways with little thought as to who is listening or how it will be received. Genuine authenticity speaks the truth with love.

It considers how words will land on listeners’ hearts. It’s authentic in its kindness and consideration, not just its opinions and declarations.

Many times other people play a key, but negative, role in the stories we share. How we discuss them is a significant indicator of whether our authenticity is real or fake.

A willingness to be “authentic” about other people’s failures and sins is a clear sign of fakeness.

We use it to make ourselves look better and to tilt others’ impression in our favor. And we’re hurting others as we do it.

Genuine authenticity speaks the truth without gossip or slander. It doesn’t make us look better than we are or shift blame. And it’s willing to love in a way that “covers a multitude of sins.”

BARNABAS PIPER (@BarnabasPiper) is a speaker, podcaster, and the author of several books, including The Pastor’s Kid, The Curious Christian, and Help My Unbelief: Why Doubt Is Not the Enemy of Faith—which now has a small group study companion. He currently serves on staff at Immanuel Nashville as director of community. 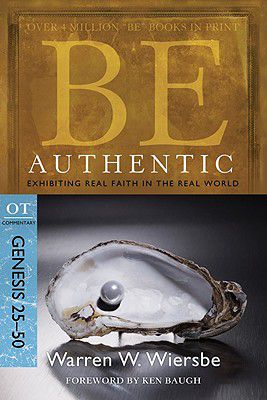 Be Authentic: Exhibiting Real Faith in the Real World

Previous Post: « 5 Ways to Make Your Online Easter Service Impactful
Next Post: The Grave Couldn’t Contain Christ, Neither Will a Quarantine »