We walk on it and often never give it a second thought, but the dirt surrounding you and your church building is more important than you may think.

Robert Beddoe was eager to get to the field. The son of a doctor and noted WMU leader and grandson of a famous preacher, he was ready to go after surrendering to missions under the preaching of G.W. Truett.

When he finally arrived in China in 1909, he hit the ground running, serving as a chief surgeon in Canton, superintendent in Yingtak, and finally settled with his young family in Wuchow.

In 1917, tragedy struck the missionary family, however, when their 3-year-old son wandered into the construction zone of the hospital and was crushed by loose timbers.

Beddoe continued to work, even in the middle of his great grief. The reports of the hospital from 1919 show great progress being made, but behind the scenes, his heart ached.

In 1920 he recorded the following:

Now God, in his fathomless wisdom, has brought this great sorrow to our hearts, which instead of turning us from our purpose, shall only serve to increase our zeal and efforts to serve the people of China—our adopted country. We can no longer, in truth, be called foreigners, for now, the bone of our bone and flesh of our flesh is mingled with the dust of this land. To our gracious Lord and to those who love his appearing, we renew our pledge for service to the limit of what strength may be given us.”

Beddoe came to the country as a visitor, but with the death of his son, part of him became mixed with the ground. Wherever he went, part of him would stay behind. Wuchow became more than a place they served; it became part of their family.

Pastoring as a Visitor

If you’re serving anywhere outside your hometown, then you came as a visitor. Most pastors understand this at some level.

It can be especially evident, though, if you’ve ever walked through a cemetery. This is especially true in a small town.

I often see family members walk around various graves after a funeral, pointing out to younger family where grandpa is buried, and who this or that relation was.

In a small town, the dirt of the earth is more than just dirt. It’s a part of the family. The collective memory of a community is found in the dirt and the families who lived and worked it.

It seems natural for them to view outsiders with suspicion because they grew up on different dirt. This is especially true in small-town churches.

A Community with History

The location of that church isn’t just a building to longtime members; it’s the place where they got married, buried their parents, saw their kids be baptized, and then buried their spouse.

Pastors have often heard things like “I was here before you, and I’ll be here after you.” And usually, they’re right.

They’re connected to that specific piece of earth by literal sweat, blood, and tears. They cannot leave the place as it’ll always be a part of them.

The Bible affirms our connection to the earth. Genesis tells us that humanity was formed out of the dust of the earth, and only two chapters later, we’re told from dust you came and to dust you’ll return.

But in between our birth and death are decades of being shaped by the ground around where we live. Every moment we live, we’re formed by the dirt beneath our feet and the air we breathe.

A Church with History

It’s true in a church, too. That pew is worn down by the hands of a family member who sat in that spot for 50 years. The nursery contains the memories of hundreds of families who left their children with a favorite teacher before going to worship.

That altar is where someone prayed for their wayward child or gave their life to Christ.

When a pastor moves to a new place, especially a small town, he’s not moving to a building or even a people. He’s moving to a particular piece of dirt.

It can be easy for a new pastor to disrespect a small town by always talking about where he’s from as bigger and better or wishing it had the attractions of the city nearby.

Why There’s a Jar of Dirt on my Desk

I scooped it up from behind the church, and it reminds me that someday I’ll end up like that dirt, buried in the earth. It also reminds me that this place matters, not just to the people I pastor, but to God who put them here.

The dirt in the jar represents the people that make up this place. It’s not just dirt; it’s their dirt. It’s easy for pastors to come to a place and set about to change it.

Months later, he’s wondering why he’s facing so much resistance. That’s because when he tries to change the place, people feel like he’s trying to change the very thing that makes them who they are.

So, the dirt on my desk reminds me that every person in my church has a history that makes them who they are.

A pastor can’t love a people without learning to love the place that has shaped them. What we’ll find is that when we give ourselves to a people and a place we always get out more than we put in.

Until we, too, join the dirt, let’s breathe in and labor over the dust of our towns, and the people it’s shaped. Pick up some dirt, hold it in your hand, and pray for the people that’ve long-walked and labored upon it.

What you’ll find is that if you give enough of yourself, then you don’t just belong to the place, it belongs to you. 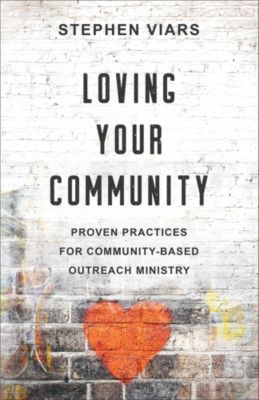