Genesis 27 recounts the story of Jacob stealing Esau’s blessing from their father, Isaac. I’d encourage you to take a few moments and read that chapter in its entirety.

In the story, Jacob, with the help of his mother, deceives Isaac into believing he’s really Esau, the firstborn.

While his brother is out hunting and preparing a meal for their father, Jacob puts on fake hairy arms, dresses in his brother’s clothes, and goes to his father with a stew prepared by his mother.

Isaac’s eyesight is failing, and he’s confused, but the arms feel like Esau’s, the clothes smell like Esau’s, and the stew tastes like Esau’s. So, it must be Esau.

Isaac blesses Jacob with the blessing that belonged to his brother. When Esau finds out what happened, he’s furious and threatens to kill Jacob once their father dies.

There obviously were some hard feelings. Generally, brothers don’t steal from one another when they have a healthy relationship.

In the story, we also see that, apparently, Isaac and Rebekah had never sat down with the brothers to try and reconcile things between them.

In fact, each parent had their favorite child and made no secret about it. All this led to a growing hostility within the family.

Learn from the mistakes in Isaac’s family

Now, you ask, what on earth does this have to do with your church?

Well, first of all, I certainly hope you’ve never experienced death threats among church members. If you have, you may need to bring in some outside counsel — and security!

While death threats probably aren’t commonplace in churches, but anger, bitterness, and deceit often are.

And, like Jacob and Esau, if anger and bitterness are allowed to go unchecked, it’ll destroy the church family, just as it destroyed Isaac and Rebekah’s family.

Many churches in need of replanting or revitalization have a history of spiritual abuse or neglect in some form.

Previous leadership may have taken advantage of unsuspecting church members. Church bullies may have bulldozed their way over others to get their way.

Often, all this bitterness may simmer for years under the surface of tense business meetings. But unresolved bitterness kills fellowship, stifles worship, steals joy from believers, and robs God of glory.

The consequences of Jacob and Esau’s split

Jacob fled Esau’s wrath. Rebekah lost her favorite son and, as far as we can tell from the biblical record, she never saw his face again. Jacob’s life of deception and chaos continued for years.

Thankfully, that’s not the end. Eventually, Jacob and Esau reconciled. The beautiful picture of grace and forgiveness is recorded in Genesis 33.

God loves healing what was broken, including churches.

So, if there are underlying tensions in your church, pastor, gently bring them to the surface.

If there’s longstanding bitterness between church members, plead with the Lord and with the individuals involved for reconciliation.

If your church has a bad reputation in your community, repent and begin rebuilding bridges where you can.

Most of all, be patient and trust the Lord to do what only He can do. It was probably around 20 years before Jacob and Esau reconciled, but they did. Their relationship was restored.

If there was hope for them, I dare say there’s hope for your church as well.

KYLE BUEERMANN (@kylebueermann) co-authored Replanting Rural Churches and is the pastor of First Baptist Church of Alamogordo, New Mexico, director of replanter development for the North American Mission Board, and co-host of Not Another Baptist Podcast. This article originally appeared on the NAMB Replant Blog. 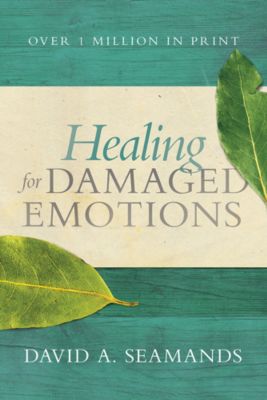 Previous Post: « 9 Steps to Prepare Your Benevolence Ministry for the Coronavirus Aftermath
Next Post: 3 Critical Actions to Prepare for a Socially-Distanced Easter Sunday »