As I write, a television preacher is in the news. According to the report, he’s peddling a preventative for the coronavirus. The FDA has issued a “cease and desist” call to him, the same preacher who spent several years in prison for fraud.

If anyone on the planet should be characterized by truth and integrity, compassion and respect, those of us called of God to spread the Word of Life are the ones.

Years ago, a preacher was sued for slamming Thomas Harris, author of the “I’m OK, You’re OK” book, saying he’d committed suicide. The author was much alive and didn’t appreciate the slander.

In court, the preacher said he got that story from some other preacher who got it from some other guy. On and on it goes. And you thought this started with the internet? Sloppy sermon-making has been with us from the beginning.

Paul said, “(We are to be) children of God who are faultless in a crooked and perverse generation, among whom you shine like stars in the world, by holding firm to the word of life…” (Philippians 2:15-16).

When we speak, we should make every effort to get it right.

I sat in an auditorium with hundreds of other preachers and heard a popular speaker tell a story about Winston Churchill.

He said something to the effect that “Churchill addressed a group of striking coal miners, telling them the day would come when they would stand before the Lord Jesus and when He asked them what they had done, they would say, ‘We cut the coal.'”

Something about that didn’t ring true.

I have a collection of Churchill books and decided to check it out. Once home, I dug out the volume containing all of his speeches. I found the speech. But it wasn’t delivered the way the preacher had mischaracterized it.

On October 31, 1942, Churchill addressed a group of coal miners and mine-owners at Central Hall, Westminster.

World War II was raging, and the outcome was still in doubt. The nation needed the mines operating at full capacity. Churchill’s speech ends with this:

We shall not fail, and then someday, when children ask, ‘What did you do to win this inheritance for us and to make our name so respected among men?’ one will say, ‘I was a fighter pilot,’ another will say ‘I was in the Submarine Service,’ another: ‘I marched with the Eighth Army,’ a fourth will say: ‘None of you could have lived without the convoys and the Merchant Seamen’; and you in your turn will say, with equal pride and with equal right: ‘We cut the coal.'”

We preachers should never forget that in the audience will be someone who knows more on a subject than we do.

In college, my freshman history teacher, not noted for being a believer in Christ, gave a fascinating endorsement to the college chaplain.

“Preachers are notorious for getting their history wrong,” said Professor Mae Parrish. “But Dr. Gresham always gets it right.”

Let that be said of us: We got it right. 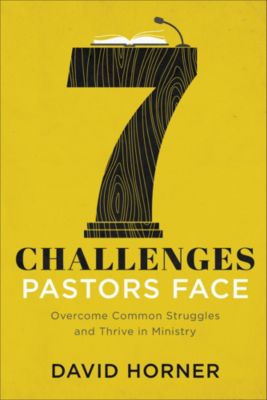 Previous Post: « How to Host a Small Group Online
Next Post: Churches Find Ways to Serve Even in Unprecedented Circumstances »