“What’s the word on the street? What are they saying about me?” That’s the essence of Jesus’ question to his disciples in Matthew 16.

Jesus then turned the question on his disciples, “What about y’all?” Peter blurted out, “You are the Messiah, the Son of the living God” (Matthew 16:16).

Unfortunately, Peter kept talking. After Jesus revealed He would go to the cross, Peter said, “No way, Lord! NEVER!”

Jesus responded, “Get behind me, Satan! You are a hindrance to me because you’re not thinking about God’s concerns but human concerns” (Matthew 16:23).

And just like that, Peter went from offering the most glorious confession about Jesus to becoming an instrument of Satan. That’s how quickly it can happen.

Pastor, don’t become an instrument of Satan. He is a liar (John 8:44). He’s the accuser of our brothers (Revelation 12:10). When we turn on each other, we become tools in Satan’s hands.

I’m sure you could add more, but allow me to offer these five practices that can help us avoid becoming instruments of Satan amid theological debates.

Satan appeals to our pride. That’s one reason the Bible regularly warns us against pride.

So, how can we pursue humility? Remember how God saved you. Rehearse this gospel over and over again.

Consider how God is still working in you to conform you to the image of his Son, a slow work in progress. Then consider Christ as our example of humility in Philippians 2:5-11.

If that doesn’t help, then repent and believe on the Lord Jesus Christ, and you shall be saved.

2. Look for evidence of grace in others (Philippians 1:6).

The apostle Paul had confidence in the growing faith of the Philippians because of the evidence of God’s grace at work in their lives.

Out of their poverty (1 Corinthians 8:1-2), they gave generously to Paul and his ministry while he was in prison (Philippians 4:10-20).

As we consider our brothers and sisters in Christ, let’s train our hearts to look first for evidence of grace in their lives.

Seek evidence like faith in Christ and His gospel, love for God and His people, admission of being wrong and confession of sin, spiritual fruit, and the fruit of the Spirit.

Satan seeks to divide the church. His job is much easier if he can get us to tear each other apart for him.

Instead, look for evidence of the Lord’s grace in your brothers and sisters.

Often, we’re quick to respond to people we may disagree with. James reminds us it’s wise to slow down and listen.

When we respond without listening, even our friends will likely become our opponents. Nothing righteous comes from sinful anger.

So, slow things down, listen carefully, and seek to understand others’ arguments. You’ll only understand your opponents when you can articulate their arguments in a manner they can recognize.

Though we’re to be slow to anger, there’s a time to get angry. Paul was patient with sinners but impatient with those who distorted the gospel (Galatians 1:6-9), including Peter (Galatians 2:11-14).

When the gospel is at stake, we must stand up and speak out.

Still, Paul treated those churches he rebuked as Christian churches, and he addressed the members of those churches as brothers and sisters (Galatians 1:1-3).

Naturally, we’ll disagree with other Christians, even those of our tribe. Still, we’re to treat all people with dignity because they’re created in the image of God.

When, out of sinful anger, we misrepresent our brothers—often just to win an argument or gain followers on social media—we become tools in Satan’s hands. So, get angry, but don’t sin.

Paul warned Timothy against diving into foolish and ignorant controversies. Brothers, you don’t have to weigh in on every debate on social media.

Frankly, I don’t know how you can and still faithfully shepherd God’s flock among you because the debates are never-ending.

Foolish and ignorant controversies produce quarrels. Instead, Paul says the Lord’s servant (that’s us) “must be gentle to everyone … patient, instructing his opponents with gentleness” (2 Timothy 2:25).

Why? So we may not burn the bridges that allow such brothers and sisters to return in repentance.

So, pray for one another, brothers, especially your opponents, that God may grant them repentance. And pray for yourself because you may be the one in need of repentance.

As I peruse social media, it’s evident Satan is having a field day turning servants of God into instruments of his.

Let’s confess our pride. Let’s repent of engaging in foolish and ignorant controversies that produce quarrels. And let’s love one another as God has loved us in Christ. 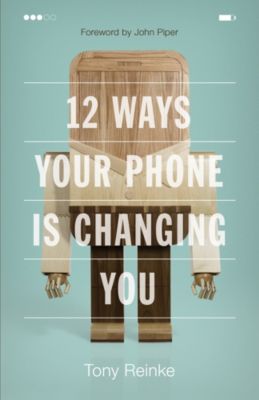 12 Ways Your Phone Is Changing You

Previous Post: « Top 10 Church Design Trends for 2020
Next Post: 4 Tips for Talking to Kids About the Coronavirus »