We should be in the midst of the greatest revival since the Great Awakening, at least that was the assumption I was given growing up.

I don’t remember if anyone said it explicitly, but that was the clear insinuation of numerous pastors and Christian leaders.

A mass embrace of Christianity and biblical values in America was imminent … if we could just see some big celebrities say they followed Jesus.

That is just the situation in which we find ourselves.

Currently, two of the biggest music artists of the century have been actively preaching the gospel from stages and in interviews.

A movie star in two of the biggest blockbuster movie franchises ever repeatedly speaks of his faith in Christ.

But does the world look dramatically more Christian to you? Is your church full of new people who want to check out this Jesus they heard their favorite celebrity talk about?

This is not to make light of the faith professions of people like Kanye West, Justin Bieber, or Chris Pratt.

Christians should rejoice that individuals written off as “unreachable” by some have seemingly responded to the gospel and use their sizable platforms to speak of Christ.

Paul tells the Philippians that he rejoices whenever Christ is proclaimed, even if those doing the proclaiming have ulterior motives.

And undoubtedly the Christian witness of celebrities has a cultural impact.

After Kanye West released his biblically infused album Jesus is King, Google searches for the scriptural phrases included in his lyrics jumped as much as 700%.

Bible Gateway reported 10 times the amount of search traffic for John 8:33 and John 8:36, two verses mentioned directly on the song “Selah,” on the day the album was released.

As Trevin Wax told the Deseret News, celebrities can cause people to consider a religious option they’ve previously dismissed.

“A celebrity open about practicing aspects of Buddhism, for example, makes that religious option more plausible in the eyes of his fans,” he said.

But the celebrity endorsement only goes so far. It may open the door to the church for some, according to Wax, but it’s not often going to usher them all the way into a pew.

Reaching the unknowns is often better

When we see the spread of Christianity in the early church and throughout history, more often than not, celebrities aren’t involved.

The book of Acts often records Paul and his fellow missionary church planters going into a new city, reaching unnamed people with the gospel, and leaving those new converts behind to continue evangelizing their own city.

Culture will not primarily be changed by Instagram influencers posting inspirational thoughts to the masses, but by faithful followers having conversations with their friends and neighbors.And speaking of Paul, yes, he was somewhat well known as a Pharisee, but his conversion is more like a terrorist becoming a church planter than a Hollywood celebrity tweeting out a Bible verse or C.S. Lewis quote.

For the most part, when we look at church history, we see God uses ordinary, unknown people to spread the gospel and impact eternity.

While many know Charles Spurgeon’s name, the “Prince of Preachers” himself didn’t remember the name of the person who led him to Christ—an uneducated lay person filling in for a snowed-in pastor.

Culture will not primarily be changed by Instagram influencers posting inspirational thoughts to the masses, but by faithful followers having conversations with their friends and neighbors.

Our societal obsession with celebrities does provide an opportunity for Christians, but it’s probably not the one we’ve been chasing after.

The real opportunity in a celebrity-obsessed culture

In a world inundated with celebrity gossip from social media to the grocery check-out line, Christians can offer perspective and a corrective to the chatter.

Yet, in many ways, Christianity has tried to baptize the cultural idolatry of celebrities. We simply replace the broader culture’s celebrities with our own versions.

Instead of challenging society to not place their trust in princes, we build up our own princes and become shocked when they disappoint us.

As the crimes of cultural icons have been exposed, so too have the sins of church leaders.

Each individual is responsible for their choices, but a celebrity-obsessed church enables and encourages abusive leaders who happen to have charisma.

Instead, Christians can recognize influence and platforms as simply additional tools that can be used like any other.

The celebrity on the radio or the pastor in front of the congregation are no more important to the spiritual health of the body of Christ than any other Christian is (1 Corinthians 12).

Each of us should use whatever gifts and whatever platforms—large or small—we have to speak about Christ, but our goal should be to constantly keep the spotlight pointed to Him and not at the platform or any person on it.

There’s no guarantee this will lead to another Great Awakening, but it will certainly lead to a more faithful and biblical pattern of church growth. 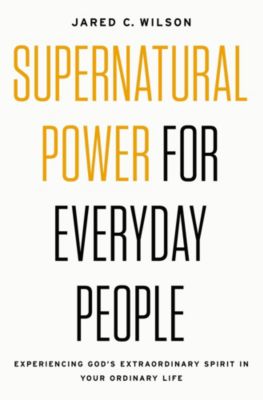