When traveling to church, most people have company, but a significant number say they make the trip alone.

Most travel to church with their spouse (54%), while close to a third say their child or children ride with them (31%).

Fewer say they typically travel to church with another family member besides their child or grandchild (18%) or a friend or acquaintance (11%).

A small percentage say they travel with a grandchild (4%) or someone from their church who lacks transportation (3%).

“Many weeks, it’s hard enough for attendees to get themselves to church, so it’s not surprising few are stopping to pick up a neighbor,” said Scott McConnell, executive director of LifeWay Research.

“The reality is, if every Christian driving or riding to church this week used the extra vehicle seats around them to bring other people, churches would likely not be able to contain the crowds.”

Women (36%) are also more likely than men (24%) to say their children travel with them to church.

African Americans (16%) are also twice as likely as white churchgoers (8%) to say they travel to church with a friend.

Younger churchgoers (22%) are the most likely to say they typically go to church with a friend.

For three-fourths of current Protestant churchgoers (76%), a parent typically took them to church as a child.

Few churchgoers say they went alone (6%), with a family friend their age (5%), rode a church bus (5%), or went with someone they knew primarily from church (4%).

Among those regular church attenders today, 6% say they did not typically attend church as a child.

“The legacy of grandparents taking their grandkids to church has been impressive,” said McConnell. “Yet today far fewer churchgoers are taking grandkids with them—even when looking only at older attendees.”

African Americans are more likely to say they were taken to church as a child by a grandparent (32%) or another family member (20%).

Regular Protestant church attenders in the West (11%) are more likely to say they typically did not attend church as a child than those in the South (4%).

For more information, visit LifeWayResearch.com or view the full report. 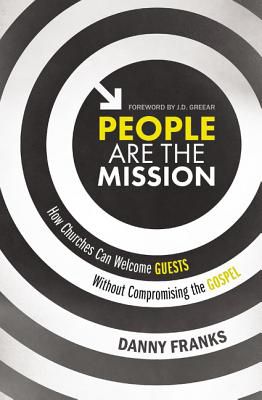 People Are the Mission: How Churches Can Welcome Guests Without Compromising the Gospel

Previous Post: « 3 Ways to Respond to Those Who Don’t Feel Connected to Your Church
Next Post: What Will Happen if the Church Continues to Ignore Evangelism? »