A.G. Washburn was already 62 years old in 1907 when he became the “Superintendent of Indian Missions” for the brand new state convention of Oklahoma.

In his 1908 report to the state convention, he reported traveling 9,003 miles, preaching 99 sermons and 81 other addresses, and visiting 34 churches, 14 associations, and 14 other meetings.

That was just in one year of his work.

He labored among the Native American churches for over a decade late in life.

The reports he gave list baptisms, money raised, sermons preached, men ordained, and more. But at the end of every report comes the most important component: the people.

Every report contained the names of men and women who helped him along the way. Washburn wanted the people to know that whatever ministry he did that year, he didn’t do it alone.

Paul makes this point over and over in his epistles much the same way Washburn does.

In Acts chapters 13-28, as Luke covers the journeys of Paul, there’s one consistent thing everywhere Paul goes: the people. In those chapters alone, over 20 different people are mentioned.

But by the time he leaves, they’re doing the work of Jesus, and they keep on doing it after he leaves.

And just like the reports Washburn gave in the early days in Oklahoma, Pauls lists the names of those laboring to advance the Gospel.

The Church is Built on Jesus.

The church isn’t built on great leaders; it’s built on Jesus. God doesn’t need you to be a big shot for the church to grow. He just needs you to be faithful.

That’s why God uses people like you and me to do His work. It’s not about us, nor our talents or gifts. It’s about Christ in us.

There’s always someone who gets to be in front. It’s tempting as a leader to think it’s all about us. There’s nothing as intoxicating as our own fame, however big or small it may be.

But no matter what your ministry looks like, you don’t do it alone. I don’t care if your name is on the sign or in the bulletin, the ministry you have isn’t your own.

The leaders who speak at conferences and sell tons of books are surrounded by people whose ministry makes it possible for them to do what they do.

You’ll never see their name in lights, and their books won’t be on your shelves. But they’re co-laborers in the work of God.

If you stand in front of thousands or dozens, your ministry matters; those who edit books are as important as those who write books.

We must do the ministry God has called us to do. Whether our name is at the top of the report or just a footnote–we’re all co-laborers in the work of God.

No matter what we do, it’s not our ministry.

Jesus has already done His work on the cross. Everything we do is only possible because of the work Jesus did in defeating death.

This means we don’t have to bear the burden of doing the work ourselves. We’re free to give ourselves away as A.G. Washburn did, as Paul did.

When our time on earth is over, another will come along to take our place. Rest easy in the fact it’s not all about you. 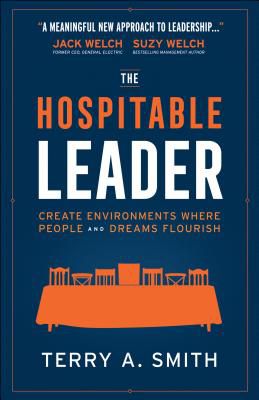 The Hospitable Leader: Create Environments Where People and Dreams Flourish

Previous Post: « 5 Trends Redefining the Relationship Between Americans and the Church
Next Post: 5 Ways to Tell if Your Leadership Is Impactful »