What are some of the top reasons people never returned after visiting a church?

We took to social media to crowdsource some answers to this question. There were several themes apparent through multiple similar responses. Others were hard to believe.

Here are seven reasons people never returned to a church—along with direct quotes from some of the responses.

1. Awkwardly single them out as visitors.

“I visited a small church. The building was a decent size, but the congregation was 40 people, max. The pastor still had the visitors stand to be welcomed. We were obviously the only visitors so we couldn’t not stand up. We stood there as every single member of the church came up and shook our hand and told us how thrilled they were that we visited. I mean you want people to feel welcomed, but it was a little overwhelming.”

“I have been to a few places where they ask visitors to stand up or raise their hand. I’m an extrovert and I HATE THAT!”

“We were asked if we were first timers and then asked to wear these giant flashing buttons that said, ‘I am new!’ Never went back.”

“The entire church lined up in a single file line and shook my hands. In the middle of the service. At the instruction of the pastor.”

“I was visiting a church in Birmingham and got there a few minutes late. I reached for the door to go into the sanctuary as the pastor was beginning to greet everyone, and an older man (usher or deacon?) SWATTED MY HAND and held the door closed in front of me, shaking his head. He let me in a few moments later, during the greeting time when everyone was talking to people around them. You can guess if I ever went back!”

“Moved from the North to the South 21 years ago. Visited a Sunday evening service wearing shorts (It was July and it was sweltering!). Got a lot of sideways glances. Had no idea about Southern etiquette.”

“Visited a church for the first time and sat in the pew next to the aisle. Was tapped on the shoulder by an older woman who asked me if I would kindly get up and move a few pews back, because I was in her seat!”

“This did not happen to me, but I saw it and it made me very sad. Our sanctuary was a semicircle and we always sat near the middle back. One Sunday after the service had been going on for maybe 30 minutes, a teenaged boy came in the back door. He had a skateboard and was by himself. He sat in the very back. He was not there two minutes before a deacon went over and hustled him right back out of the door. He never came back in. It broke my heart that he had gotten kicked out of church because he did not look like everyone else. Which had to be the reason because he was not doing anything but sitting there listening.”

“The guest experience director told me that I ‘probably wouldn’t fit in well’ with their church.”

“On a Sunday morning, we were told at the door they were having a special event and then they asked us to go to Starbucks (down the road) for an hour until it was over. ‘But do come back!’”

3. Make sure your visitor follow-up is intrusive.

“Several weeks visiting a church, the pastor showed up at our house at 6:45 on Easter morning. He said that he just finished the Sunrise service and hadn’t visited us yet. We didn’t let him in and never went back.”

“We had just moved from NC to CA. We visited a small church that had lunch after. They invited us to stay. We felt we were really clicking. We shared about our faith walks…even basically shared our testimonies. We thought we’d found our church. But the next night at 8 pm the people we had spoken with showed up at our home. They came in and asked us the Evangelism Explosion questions…if you died tonight do you know you’d go to heaven and why? It wouldn’t have been awkward if I hadn’t told them 24 hours before how I’d come to Christ. We said that we’d responded to the gospel but that we would answer the questions if they needed practice. But it was very odd…as in what part of my testimony did you not get? Were you listening? It was very disappointing.”

4. Deliver a plagiarized sermon (because someone will eventually figure it out).

“I was visiting a church and had already heard the sermon before. The pastor totally ripped it off of someone else—examples and everything!”

“The pastor he ripped off was from a very popular and well-known mega church. I had just watched the original sermon online and then a couple days later went to the smaller church and heard the pastor rip off that sermon almost word for word. The jokes and everything. To the point where I was leaning over to the person I had come with predicting what he was about to say and sure enough he did every time. Afterwards I went up to him and asked him if he was a fan of Pastor _______ at ________ Church and he went white as a sheet and started stammering and thought of a reason he had to leave the conversation.”

5. Communicate to them your ministry isn’t safe for their family.

“We were visiting a church and went 5 maybe 6 times, and we were asked to serve in the children’s ministry. They put me in the baby room. I hadn’t had a background check, had no volunteer training, my only qualification was that I had children in the children’s area i.e. they didn’t know me at all. I happen to have a lot of experience working with children, but they didn’t know that. I was horrified.”

6. Give ample attention to getting tithes from visitors.

“They made everyone get up and go in a line and place an offering commitment card in a box (after doing regular tithes; they wanted above and beyond money). It was awkward that they made us do this and put us all on the spot in the first place. I was poor and decided I did not want to give even more money to this church (they really did not need it), and they kept sending me BILLS in the mail, saying I owed them money. Each bill literally said how much was outstanding. I never went back to that church and I took my tithe elsewhere.”

“A church we visited did a tithe, and then a second offering. So two separate collections. A woman saw that I didn’t put anything in them, and as soon as they dismissed she came straight for me and in a very condescending tone asked, ‘Are you a member here?’ And I told her, ‘I’m actually a first-time visitor.’ She got the most embarrassing look and turned around and walked off!! She was about to chew me out because I hadn’t put something in them! This was also after an almost four-hour service. Needless to say we never went back.”

7. Make sure the congregation idolizes the pastor.

“There were armed guards at the front of the stage. Afterward, certain people could go to a special room to meet the pastor. No thank you.”

“Went to the ‘new person meet and greet’ after service. I thought people would just talk to us but it turned out to be essentially a VIP line to meet the head pastor. He was a bit of an idol.”

What have been your worst/weirdest/most awkward visitor experiences? 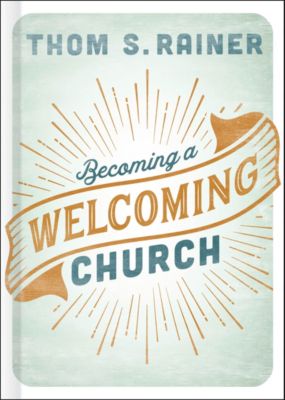 Previous Post: « The Neglected Need of People Coming to Your Church
Next Post: 3 Tips for Dealing With Death in Your Ministry »