Two years before I was born, a group of students at Kent State University gathered to observe what would, in just a few years, become known across our country as “Black History Month.”

Their vision for recognizing the contributions of African Americans to advance civilization is the reason I learned about such towering figures as Booker T. Washington, Mary McLeod Bethune, Harriet Tubman, and Maya Angelou in second grade.

But of all the figures I learned about in my rural South Carolina public school, the one most polarizing to my community was a Baptist preacher whose life ended with his murder on a Memphis balcony just 14 years earlier.

Listening to the various and sometimes vicious statements about him resulted in the first lesson about leadership my 10-year-old self would learn from Martin Luther King Jr.

Today, most everyone loves King’s “I Have a Dream” speech, but few are aware of what transpired in the aftermath of that speech or the cost involved in bringing about the change necessary for King’s dream to be realized.

If you want to lead well, you can learn these five lessons from a man who launched a national dream toward which we still aspire today.

1. You’ll find your ideas among the unpopular minority.

So many of the ideas King forwarded are merely assumed today. Nearly every citizen in our nation is aghast at the thought of segregated lunch counters, burning crosses, and “separate but equal” schools.

Yet just a moment ago in time, these things were all real and accepted as the norm. To that world, King’s “dream” sounded more like a nightmare.

The threats on his life, police brutality throughout the American South, and the confrontation between federal and state governments show his ideas weren’t readily accepted.

Standing on this side of that history, we tend to look at the romanticized version of King embodied in his famous 1963 speech in front of Lincoln’s memorial.

It’s nearly impossible to stand firmly within the 21st century and believe his lofty picture of “the sons of slaves and the sons of slave owners” sitting down together was so opposed.

2. You must care about something much bigger than yourself.

To endure such hardship, you have to look beyond your comforts toward something bigger. And you have to believe that the bigger picture is possible.

Do you care enough about the church and its potential impact on the world to endure inevitable hardship?

Growing up in the South, I heard many adults speak of King as a “troublemaker.” I remember asking–quite innocently–why it was so wrong to seek equality between whites and blacks.

The multiple answers I received sounded something like this:

To be a change-agent you must be prepared to be seen as a troublemaker.

4. You may never live to see the change you created.

Even after King’s death, I was born into an environment in which mixed race marriages were still illegal, and would remain illegal until I was in high school.

King’s dream continues to unfold today, and he never lived to see most of it.

Initiators of lasting change may never be able to personally experience the benefits of such change.

King’s life was horrifically, unjustly, and suddenly cut short on a motel balcony in 1968 because people hated him and his message.

Throughout his professional life, King seemed acutely aware of this possibility and embraced it as part of the potential cost.

People who change the world are willing to give their life for the change they believe necessary.

So who’ll be the next world-changer? The next change-agent whose ideas make this a better society? I’m not sure. But without these traits, there can be no substantive, transformative, legacy-creating leadership.

God, give us more church leaders willing to count the cost—and pay it for the sake of something bigger than themselves. 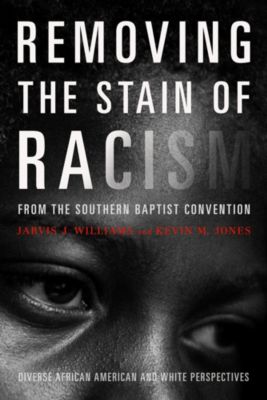 Removing the Stain of Racism
From the Southern Baptist Convention