“The sky is falling!”

One little acorn hitting the head of Chicken Little led him to proclaim the world was coming to an end.

In the famous children’s story, Chicken Little fretted, worried, and in turn, caused everyone around him to become unreasonably afraid.

Imagine if Chicken Little had a social media account. He’d post memes and opinions with little facts attached that carried the overall message: “The sky is falling!”

As we glance across the landscape of Christianity in America, we should ask ourselves, “Have we become like Chicken Little?” Has our first message become one of gloom and disaster that proclaims the sky is falling?

We should be people of immense hope.

1 Corinthians 15:57 clearly states Jesus provides us victory over death: “But thanks be to God, who gives us the victory through our Lord Jesus Christ!” But one glance across the landscape of Christianity in America might demonstrate we’ve become a people who’ve lost hope.

Some people’s hope has been placed more in politics and political parties than in the Kingdom of God. Others have taken on the disposition there’s no victory in Christ.

Yes, we live a broken and fallen world, but we serve a God whose kingdom is still advancing in this world. And lest we forget, the gates of hell won’t prevail against Christ’s Church.

For the past 2,000 years, the Church has withstood wicked emperors, global persecution, and the world’s best efforts to extinguish the light of Christ.

So, what can stop His kingdom from advancing in 2020? An election, news networks, war, political polls? Nothing and no one!

We pastors are tasked with communicating one message: “but we preach Christ crucified, a stumbling block to the Jews and foolishness to the Gentiles” (1 Corinthians 1:23).

How can we give our people hope this year, all while the world screams the sky is falling? Here are three ways:

1. Empower your people with the Word.

We have our opinions, but our people need the Word of God. As you stand to proclaim the unchanging Word of the Lord week in and out, stay faithful to the text.

Proclaim the Word of God with clarity and boldness. Don’t fall into the pressure that you must address every tragedy, crisis, and world event each time you stand to preach. Don’t feel you must discuss all these events on your social media platform, either.

2. Encourage your people to pray.

One of the signs of discouragement is lack of prayer. Jesus tells us we should pray and never give up. When was the last time you spent time in prayer as a body of believers?

Encourage people to keep their eyes on the Lord, praying about all things and trusting in His goodness. Maybe instead of 15 more minutes of announcements, we devote that same time to corporate prayer.

3. Equip your people to love.

Have you noticed how easy it is to argue with someone on social media? I’m guilty of being quick to respond and being angry while doing it.

A dispute on social media today can lead to people no longer speaking tomorrow. It’s even worse when two Christians behave this way!

Jesus said, “By this, everyone will know that you are my disciples if you love one another” (John 13:35). Loving people doesn’t mean we’re blind to their sin or faults, but we love like Christ in spite of those things.

Loving like Christ also means we engage other people as Christ would. That means we can have two different opinions, discuss those issues, and still be brothers and sisters tomorrow.

While Chicken Little says the sky is falling, let’s be a people who trust in the God who’s sovereign over all the universe. We should be people of joy and hope, pointing others to salvation found only in Christ.

RYAN RICE, SR. (@ryanricesr) is husband to Seané, father of Ryan, Jr., Brayden, Reagen, and Bailey, and has been in ministry since 2007. He’s currently the lead pastor of Connect Church of Algiers in New Orleans, Louisiana, which they planted in 2014. 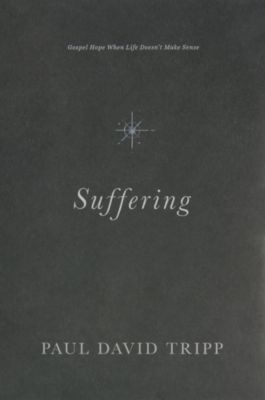 Previous Post: « The Crucial Priority Our Churches Are Missing
Next Post: TobyMac Releases ‘21 Years,’ a Song About His Son’s Tragic Death »