As churches begin ministry in a new decade, recent research can shed light on some areas of concern, issues that need to be confronted, and opportunities for optimism.

Due to a 10-point drop in the past decade, America is no longer a majority church-attending nation. According to Pew, 45% of American adults say they attend religious services monthly or more.

2. 6 in 10 churches are plateaued or declining.

Six in 10 Protestant churches are plateaued or declining in attendance and more than half saw fewer than 10 people become new Christians in the past 12 months, according to LifeWay Research.

3. 79% of pastors believe their church will grow in the next 5 years.

While only 36% of Protestant pastors say their church’s weekly worship attendance has grown in the last five years, 79% believe it will increase in the next five years, according to the Future of the Church Study by Facts & Trends and LifeWay Research.

4. Around 2 in 5 pastors say the economy is having no impact on their church.

The percentage of Protestant pastors who feel a negative impact from the economy increased for the first time since 2010, but a plurality say it is have no impact.

LifeWay Research found 41% say the economy is not having an effect on their congregation, while the rest are nearly split on whether there has been a positive (30%) or negative (26%) impact.

5. 82% of evangelicals say their faith influences how they engage others politically.

As the U.S. enters a contentious election year, evangelicals are contemplating the relationship between their faith and their politics. Around 4 in 5 (82%) say Christianity influences how they interact politically with others, according to LifeWay Research.

6. More than 3 in 5 Americans want churches to stay away from political issues.

7. Half of pastors see opioid abuse in their own congregations.

Two-thirds of Protestant pastors say a family member of someone in their congregation has been personally affected by opioid abuse, according to LifeWay Research. 8. 69% of Americans say religious leaders act unethically at least some of the time.

Pastors are losing the trust of the American public. Pew found 7 in 10 (69%) say they act unethical at least some of the time.

And while 55% of Americans say religious leaders have had some influence in their lives, only 47% say they actually want that influence, according to an AP study.

AP also found that just 55% believe clergy members and religious leaders have at least a somewhat positive impact on society.

9. 9 in 10 churches have Wednesday night activities.

Only 10% of Protestant pastors say their churches have no regular midweek events at all, according to LifeWay Research.

10. 65% of Protestant churchgoers say they can walk with God without other believers.

Those who regularly attend a Protestant church say they can walk with God fine by themselves, but they also say they need other believers to help them do it.

Whatever their opinions, it seems the actions of churchgoers give away their actual beliefs.

Only 39% say spiritual matters come up as a normal part of their daily conversations with other Christians.

11. A third of churchgoers read the Bible daily.

One-third of Americans who attend Protestant church regularly (32%) say they read the Bible personally every day, according to LifeWay Research. Around a quarter (27%) say they read it a few times a week.

A 2016 LifeWay Research study found 1 in 5 Americans said they had read all of the Bible at least once. However, more than half said they have read little or none of it.

In a previous study, LifeWay Research discovered regular Bible reading as a child was the biggest factor in predicting the spiritual health of young adults. 12. Less than half of millennials identify as Christian.

In America, at least two-thirds of Generation X (67%), Baby Boomers (76%), and the Silent Generation (84%) say they’re Christian, according to Pew Research.

Among millennials, however, slightly less than half (49%) identify as Christian. Around 1 in 10 (9%) say they are part of a non-Christian faith, while 40% are religious unaffiliated.

Among Americans overall, the percentage of evangelicals remained stable, according to analysis of the General Social Survey, but the percentage of religious unaffiliated continued a 25-year climb to reach 23.1%—the highest ever for the nones and the most of any other religious group.

13. Millennial evangelicals are the generation most likely to attend church.

On average, millennials are less likely than previous generations to believe in God, pray, consider religion important to their lives, and regularly attend church. But don’t tell that to millennial evangelicals.

A recent study found that among self-identified evangelicals, 61% of millennials attend church at least weekly. That’s higher than Gen Xers (44%) and Boomers (54%).

An additional study from Barna found that while fewer millennials identify as Christians, those who do identify as such remain as committed to faith practices and beliefs as older generations.

Only a third of young adults around the world say they often feel cared for by those around them (33%) and often feel someone believes in them (32%), according to a study of 18- to 35-year-olds in 25 countries from World Vision and Barna.

Nearly 1 in 4 (23%) acknowledge they have feelings of loneliness and isolation.

Christians (19%) and those of other faiths (22%) are less likely than the religiously unaffiliated (31%) to say they feel isolated.

15. More than half of churchgoers have not shared the gospel recently.

A majority of those who attend Protestant church at least once a month (56%) say they pray for opportunities to tell others about Jesus at least once a week, according to a LifeWay Research study, with 23% praying for such moments daily.

Yet, a similar percentage (55%0 say they have not shared with someone how to become a Christian in the past six months. 16. Churchgoers are split over the existence of more sexual abuse within Protestant congregations.

LifeWay Research found 32% of Protestant churchgoers believe many more Protestant pastors have sexually abused children or teens than have been currently exposed. Slightly more disagree (37%), while 31% say they don’t know.

A 2018 LifeWay Research survey of Protestant pastors found 77% said they speak to their church on domestic and sexual violence in sermons or other large group messages at least once a year.

Churchgoers say they are missing that message, however.

17. 15% of pastors say the biggest challenge in the area of music is navigating varying preferences.

For most pastors, the so-called “worship wars” over the style of the music used in their church have subsided, if they ever even felt that pressure.

LifeWay Research found 15% of Protestant pastors in the U.S. say the biggest challenge they face in the area of music is navigating the varying preferences of members.

A similar number of pastors say their most significant challenge is leading people to truly worship God (16%). More pastors say they struggle with finding musicians and vocalists (21%).

18. Most churchgoers develop significant relationships with other attendees.

Building relationships with other believes seems to come naturally to Protestant churchgoers, but many of those relationships are built apart from Bible study and spiritual growth.

More than 3 in 4 churchgoers (78%) say they have developed significant relationships with people at their church, including 43% who strongly agree, according to LifeWay Research.

However, fewer than half of churchgoers (48%) say they are intentionally leveraging those relationships with other believers to help them grow in their faith. Slightly more than a third (36%) identify as a Protestant Christian, while 24% say they’re Catholic.

Among Protestantism, 21% of all teens are evangelical, 9% say they’re mainline, and 6% are part of the historically black Protestant tradition.

Those who do identify as a Christian may encounter issues with potential college roommates, as at least students from one large university rated someone being an evangelical Christian as one of the least desirable traits.

20. Most teens drop out of church when they become young adults.

Among those who dropped out, 31% return as regular attenders, 39% now attend once a month or less, and 29% do not currently attend at all.

And while 72% of Protestant pastors say they expect the attendance of 18- to 29-year-olds at their church to increase in the next five years, 2 in 5 say the biggest concern they have is about how their church will reach young adults—2.5 times more than the next most frequent response. 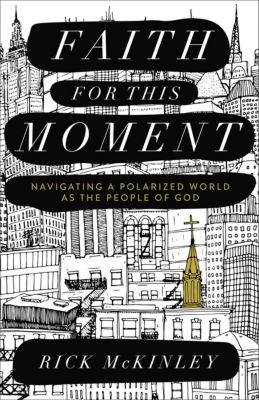