This truth is one I keep returning to each day as my family and I grieve the death of my son, Kaleb. He was 15 years old. Trials and afflictions marked his life.

He was born ten weeks premature with one of his kidneys covered with cysts. After two months, the doctors believed he was big enough to have surgery to remove that kidney.

Everything appeared normal at first after the surgery. But that soon changed. His body was swelling and his blood pressure was rising. Something was wrong.

After an ultrasound and an MRI, the surgeon came and delivered news to us no parent ever imagines they will hear, “There’s been a mistake. We not only took the bad kidney, but we accidentally took the good kidney as well.”

Everything else he said was a blur.

Kaleb’s survival was uncertain. But he did. He defied so many odds. For the next two years, he received dialysis and waited for a transplant.

He got his transplant just after turning 2 years old. His mother, my wife, was miraculously his donor. They had ruled her as a non-match just two years earlier.

Written in His Book

While we waited for Kaleb to get a transplant, we were coming to grips with the fact that life would be different forever. Kidney transplants – if he ever got one – don’t last forever. He would need multiple transplants if he lived to old age.

These thoughts can lead you to a dark place. They can grip you with fear about future events that haven’t even occurred.

Questions concerning his lifespan and quality of life assaulted our minds. Then God led me to a verse that became rock-solid foundation under our feet.

In Psalm 139:16, David writes, “Your eyes saw my unformed substance; in your book were written, every one of them, the days that were formed for me, when as yet there was none of them.”

Before Kaleb existed in the womb, he existed in the mind of God. From the foundation of the world, God determined that Kaleb Reed be born on March 8, 2004.

This verse highlights the sovereignty of God over our lives. Nothing catches God off guard. God meticulously planned each day of Kaleb’s life in such a way that He received maximum glory.

Kaleb’s kidney being accidentally removed is a tragedy from a human perspective, but unquestionably a part of God’s larger design.

God did not turn His face from us or make a mistake. This is the God who works all things according to the counsel of His will (Ephesians 1:11).

This verse gave our family immeasurable peace. We did not have to live consumed by “what-if’s” or worry that surgeons robbed Kaleb of opportunity.

Back Into The Fire

After Kaleb’s transplant, he lived a somewhat normal life when measured by his standard. Normal for Kaleb would compare to riding a roller-coaster without a seatbelt for most.

He went to school, played video games, and took part in sports, but he dealt with many kinds of side effects from medications to keep his kidney from rejecting.

He suffered from respiratory disease that landed him in the hospital several times per year. But compared to his first and last two years, his middle eleven years were stable.

Then in October 2017, everything changed again. Kaleb got fungal meningitis. He had a stroke, lost his motor skills and ability to speak, and was wheelchair bound most of the next two years.

On December 1st, 2019, his sick lungs could not recover, and his body had suffered long enough. He left the sufferings of this present time and stepped into glory. Absent from the body, he is now present with the Lord.

Our family is broken-hearted to share that Kaleb went to be with Jesus this afternoon. He told us several hours earlier that he was ready. We appreciate your love and prayers for him and our family. We will miss him so much, but we do not mourn as those without hope. pic.twitter.com/pj09VZBya0

My wife commented on our first morning without him, “Today is the first day of Kaleb’s whole life that he wasn’t in a sick body.” He is healthy now, and will never taste sickness again.

It is all written in His book. God determined both the date of Kaleb’s conception and his death before one day ever came to pass. God fashioned and formed his life and his every experience. He planned it in love and with wisdom.

Peace In Our Pain

Since his death, my wife and I have held tightly to Jesus, each other, and our daughters. We cry and laugh a little – sometimes a lot – each day.

It is hard to lose a child. Caring for him governed our lives for over 15 years. It embedded habits and routines into us that are still firing.

We miss him. There’s no getting around that. But we likewise rejoice in his restoration. He loved Jesus and now beholds him with unveiled face. That delights our hearts.

Kaleb lived over 15 years. I’m tempted to add “only” in that previous sentence, but that implies his life was less than the imaginary guarantee we think we deserve.

God doesn’t owe any of us a single day. Each day is a gift, not a right. It is a deposit, not a withdraw.

Kaleb lived exactly the length of time God determined in eternity past. Nothing was stolen from him. Everything was grace.

There is tremendous peace that accompanies trust in the sovereignty of God. Kaleb did not live one day longer than God had chosen for him from the beginning of time. And he didn’t live one day less either.

God planned Kaleb’s life. He ran his race. He fought the good fight of faith. He endured to the end. And he has received his crown.

That peace guards our hearts and minds in the midst of our grief.

ERIK REED (@ErikReed) is the pastor of The Journey Church outside of Nashville, TN. He’s written three novels and numerous Bible studies. Connect with him on Twitter, Facebook, or at his website, where this post originally appeared. 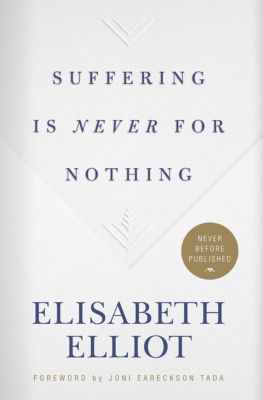 Suffering Is Never for Nothing

Previous Post: « What All Pastors Had in Common in 2019
Next Post: 4 Teaching Methods That Sabotage Your Group’s Bible Study »