If you attend a small evangelical church chances are you’ll hear a reference to both an Old and New Testament book in the sermon on Sunday. Those at a larger Catholic church may not have the same experience.

Over the eight weeks included in the analysis, 95% of all sermons included at least one named reference to a book of the Bible.

Nine in 10 sermons reference a New Testament book, while 61% mention one from the Old Testament.

During the week of Easter, the percentage of sermons referencing the Old Testament references fell to 49%, the lowest of any week analyzed.

Also, the percentage that did not mention a book from the Old or New Testament climbed to its highest level (7%) that week.

Within different church traditions, evangelical pastors are the most likely to have included at least one direct biblical book reference (97%) during their sermon.

More than 9 in 10 evangelical sermons analyzed refer to a New Testament book (93%), while 66% mention one from the Old Testament.

Mainline Protestant (88%) and Catholic church (73%) attendees are less likely to hear their pastor directly mention a book of the Bible.

Eight in 10 mainline Protestant sermons (82%) mention New Testament books and 43% reference at least one from the Old Testament.

Among Catholic sermons, 68% directly reference a book from the New Testament and around a quarter (28%) mention an Old Testament book.

Among each of the four groups, churches with fewer than 200 members (61%) are more likely to mention a specific book from the Old Testament than churches with more members (55%).

Sermons from evangelical and black Protestant churches have more opportunities to reference biblical books because of their longer than average sermons.

The median sermon length among all those analyzed ran 37 minutes and contained 5,502 words.

Among historically black Protestant churches, the median sermon is 54 minutes with 6,139 words.

For evangelicals, their median sermon of 39 minutes contained 5,938 words.

The gap in sermon length, but closeness in word count among historically black Protestants and evangelicals suggests black Protestant congregations have more time during the sermon in which the preacher is not speaking, perhaps including musical interludes and calls and response from the congregation.

Mainline Protestants usually sit through a sermon shorter than 30 minutes. The median message is 25 minutes and 3,251 words.

Catholic sermons are by far the shortest. The median is 14 minutes with 1,847 words.

Words unique to each tradition

Catholic sermons are 21 times more likely to use the word “homily” than sermons from any other Christian tradition (37% to 2%).

Historically black Protestant sermons were most likely to include the phrase “powerful hand” (34% to 8%).

Other distinctive words used by preachers in black Protestant churches include “hallelujah,” “praise,” “amen,” and some combination of “neighbor” and “tell.”

Among mainline Protestants, 19% of sermons contain “United Methodist” compared to 2% of sermons from other traditions.

They are also more likely to use “always poor,” as well as some references to biblical stories, and church calendar phrases like “season … Lent” and “Lenten.” 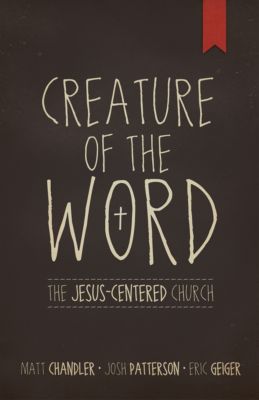 Creature of the Word: The Jesus-Centered Church

Previous Post: « 5 New Year’s Resolutions Every Church Leader Should Make—and Keep
Next Post: What All Pastors Had in Common in 2019 »