What groups of churches will grow? Which ones are on the decline? What general practices will the church see more or less of?

Josh King and Sam Rainer, two of the EST. Church podcast hosts, discussed trends they see in established churches. Here are three predictions they have for 2020.

1. There will be a deeper focus on the rural church.

“There is a push toward trying to figure out what will happened to the rural churches as smaller communities change as commerce—like the shift to online shopping versus storefronts—might impact them.”

King believes this can actually be a positive movement for the rural church.

“I predict more and more of these smaller churches will come together and form one church or a network of churches,” he says.

“And because I believe the smaller churches will struggle, this will force them to rethink how they come together.”

Rainer, pastor of West Bradenton Baptist Church in Bradenton, Florida, is also hopeful for rural and smaller churches, adding that he believes the megachurch movement “has all but waned.”

“I think we’re going to see a reinvigoration of the smaller neighborhood or rural church beginning,” he says, but explains it will take time.

“Don’t expect a mass wave of church health to sweep the nation, but expect to see a renewed focus on the smaller or rural church.”

Still, Rainer says, there’s work ahead for these churches.

“We have to grasp this movement because it’s not a forgone conclusion we’ll do it right and do it well,” he says. “It’s positive and needed.”

2. More congregations will adopt a ‘family of churches’ model.

As smaller churches begin to see a renewed focus, they’ll still struggle along the way and perhaps depend on one another.

This, King says, can lead to adopting a healthy “family of churches” model—a situation that promotes church autonomy while sharing resources that smaller churches can’t afford or justify financing, but that can be shared with other nearby churches.

“For example, lots of churches could use graphic designers or accountants, but don’t have the budget or need for a full-time person to fill this role,” he says.

“A band of smaller churches can bring their resources together and share the cost and the time of the individuals doing this work.”

This, he says, gives small churches the benefits of a multisite church, but continues their autonomy.

“Whether it’s shared resources or combining assets, this model can be a win for the church,” adds King.

While multisite models are still expected to continue, both King and Rainer believe there will be a decline in video venues—a format in which there is a live feed or pre-recorded message shown from a screen into a worship center.

He says not only is this a helpful move for building a stronger community among church leaders and church members; it provides more development opportunities for others in the church who teach.

“This gives a campus pastor a real opportunity to pour into other communicators in the church and build up their skill sets.” 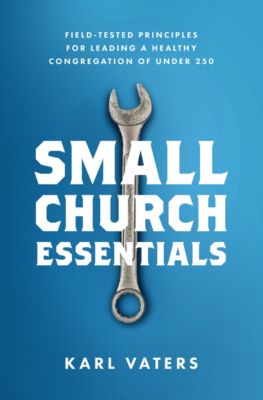 Previous Post: « What Are the Most Popular Bible Verses in 2019?
Next Post: 3 Reasons Church Leaders Should Consider Counseling »