Prayer gets cut out more than other elements of group discipleship.

“A lot of times prayer gets left out of the group experience,” says LifeWay’s Chris Surratt.

“We’re rushed through the group experience. We’ve got to get through the study. But prayer in groups is something we need to think about and focus on more.”

LifeWay’s Director of Sunday School, Ken Braddy, joined Surratt and his co-host, Brian Daniel, on the “Group Answers” podcast, part of the LifeWay Leadership Podcast Network, to discuss how to implement this key spiritual discipline in Bible study groups.

“As a group leader myself … we face that almost weekly,” says Braddy. “There’s a challenge of limited time—time you’ve got either to teach, have a time of fellowship, or focused prayer dwindles quickly.”

1. What would you hope to see and hear in a group prayer time?

Braddy, referencing Connect 3 by David Francis, explains an ideal evolution of a group’s prayer life together.

“When a group first comes together for Bible study, they’re not yet great friends,” says Braddy. “And so requests tend to be on the light side. People use caution … and stick with ‘safe’ requests.”

“Relationships have begun to form, and people are now less afraid to reveal things,” explains Braddy.

“People get better about saying things like, ‘Pray for my son who’s having trouble at work,’ or ‘I lost my job,’ or ‘I’m having marital issues.’ It’s a healthy evolution from general to specific.”

“This is when the group realizes they have the ability to impact other people by sharing gospel—and invite people to church, into their lives, and into the group,” says Braddy.

“Requests at that level get fun because you start seeing the intersection of praying for ‘safe’ things while at the same time requesting prayer for their neighbor John, who doesn’t know the Lord. When they hit the commission level, a group has a strong outward focus, and it’s a great level to get on and stay on.”

2. How can you move your group to the “commission level?”

Braddy says the leader can certainly have influence when it comes to moving a group to this desirable level.

“Share stories of encountering people with the gospel,” Braddy says. “For example, mention the name of the cashier at the grocery store you regularly see and are praying for. It helps the group know the leader values seeing new people coming to the Lord and praying for these people.”

Another key, explains Braddy, is for the leader to get the group thinking about who or what to pray for.

“I’ve asked my group, ‘Who are you praying for this week?’” he says. “‘Who has God allowed you to bump into at the gym or in the neighborhood?’ Put it out there and set an expectation that we’re looking for people far from God.”

Ultimately, Braddy says, the goal is to move away from being a group with a prayer time to becoming a group of prayer.

3. What have you discovered about carving out time for prayer?

Like most group leaders, Braddy says he hasn’t always incorporated prayer as effectively as he should, but he’s learned important lessons that shaped his group leadership today.

“One thing I like to do now is write those requests on a whiteboard as they are coming in,” he says. “If the group meets in a home that tough, but you can still write them down somewhere.”

Either way, he says an easy trap for a group is to talk about prayer needs, make a visible list, and still neglect to be specific about them.

“What I’ve learned to do when I write down those requests on the whiteboard is to then go down the list and ask, ‘Who is going to pray for this?’ And then we go down the list until every need has a designated person to pray over it.”

Braddy says another effective method for ensuring prayer becomes a priority in the life of a group is what he calls the “basket method.”

“Sometimes the group will come in and have an index card on their chair—which they’ll use to write a prayer request for the week on one side and on the other side, write down a way to contact them, like an email address and a phone number,” he explains.

Everyone in the group puts their card in a basket, passes it around, and everyone takes a card.

“That allows each person to know there’s someone in their group praying specifically for their need,” says Braddy.

“Before the week is over, whoever is praying over a need should contact that person and let them know you’ve been praying. It’s helped our group relationally, because people who wouldn’t have reached out to the person cross the room are now developing a friendship.”

4. How can a you better motivate group prayer?

“I’ve learned it’s easier to lead a group to pray when I’m in a genuine posture of prayer myself as a group leader, and it’s not a ‘check the box’ item,” says Braddy.

“It’s crucial for a leader to spend adequate time during the week praying for group members and their requests. And to be honestly curious about how God is moving in each situation.”

Braddy says he’s also learned how to include people who don’t feel comfortable or even capable of praying in front of others.

“If prayer time comes around, some folks feel like they will verbally stumble,” he says.

“One way that often gets my group to pray in a deeper way is to circle up by threes and fours. I’ve found there are some who will pray in those much smaller groups.”

5. Should your group prayer time always be planned?

Braddy says some of the best prayer times he’s seen in groups have been spontaneous.

“One guy just started sharing about how bad his life was. I wasn’t aware of all he had going on. He went on for several minutes, going into detail about his challenges,” he says.

“So the group circle around them prayed for him and his wife for the rest of group time. And that became our lesson: taking care of a group member who is hurting.” 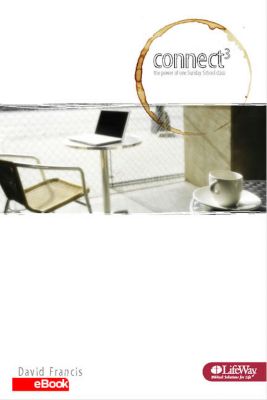 Connect 3: The Power of One Sunday School Class