As Americans gather with family and friends this week, many young adults in the United States and around the world report feeling lonely and isolated.

Only a third of young adults around the world say they often feel cared for by those around me (33%) and often feel someone believes in me (32%), according to a survey from Barna and World Vision of 18- to 35-year-olds from 25 countries.

Nearly 1 in 4 (23%) acknowledge they have feelings of loneliness and isolation.

Christians (19%) and those of other faiths (22%) are less likely than the religiously unaffiliated (31%) to say they feel isolated.

Around a third say they often feel a pressure to be successful (36%) and able to accomplish their goals (34%). Barna classified young adults as anxious If respondents say they feel at least three of the following: anxious about important decisions, sad or depressed, afraid of failure and insecure in who they are.

Among those surveyed, 1 in 5 (20%) qualified as anxious according to that definition.

Those young adults are more likely to experience other negative emotions asked about in the survey.

Those who attend a worship service weekly are less likely to say they are experience anxiety (22%) compared to others (33%).

Individuals with increased anxiety are more likely than others to point to issues like hypocrisy (43%), human suffering (41%), global conflict (38%) or unanswered prayer (27%) as barriers to their belief in the spiritual. 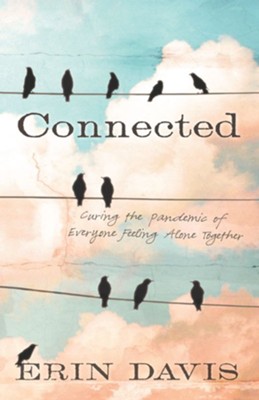 Connected: Curing the Pandemic of Everyone Feeling Alone Together

Previous Post: « 7 Tips for Peace During the Hustle and Bustle of the Holidays
Next Post: 3 Common Mistakes in Spiritual Multiplication »