What happens when church leaders launch a group but no one comes back after the first meeting? Or when a new person visits a group but doesn’t return?

The episode, as part of a series tackling common things that can kill small groups, reviewed five main reasons people may not return to a small group.

1. The group has been together for a while and it’s hard to see a place to fit in.

When previously existing groups try to start fresh and bring new people into the community the new members often feel like they don’t belong because relationships have already been formed.

“Everybody’s been in the group for a while, there’s common language, there’s history and it’s just hard,” Surratt says.

Surratt says the feeling of entering a new group is comparable to being on a stage, with the spotlight on you.

“You’re getting all the questions,” Surratt says.

Mosley suggests current group members do something with a new member that bonds them even before they visit the group, such as getting coffee beforehand.

“That way when you walk into that room there’s somebody you know, you have that relationship,” Mosley says.

Surratt agrees that comfortability within small groups starts with relationships.

Making the extra effort to get to know people and the inviting them into the group creates a stronger possibility of them sticking it out.

2. There’s no investment in building community.

“Most people, when they join a group or join a church are looking for that community,” Surratt says. “The first feeling of belonging is what people are looking for.”

The Bible studies will change throughout the year, but the people won’t, Mosley says.

Group leaders should start with building a deeply rooted community.

Social and serving events were the main two ways Surratt and Mosley suggested to build strong community outside of the small group meetings themselves.

Mosley also noted that the move to intentional discipleship should be taken slowly.

If group leaders, in efforts to build community, move straight from introduction to discipleship, it won’t stick.

Instead, Mosley says, leaders and individuals should start with a conversation that leads to a relationship which brings transparency and eventually leads to discipleship.

“If you jump that bridge, they may not come back,” Mosley says.

3. There’s no intentionality behind the studies chosen.

Surratt says that every leader should have an idea of where the group is going. Having a plan is essential to success.

“How can I take them on a spiritual pathway?” Mosley asks.

Mosley suggests to plan the studies by coming up with a few topics or areas of discussion and then gauging what the group is most interested in.

“Don’t just go into it [the study] with whatever you read this week in your devotional,” Mosley says.

4. The leader dominates the discussion.

Leader’s don’t need to feel the pressure to talk the entire time and fill all the silence.

As the leader grows and the group matures, that percentage should flip. “Balance the teaching gift with the hospitality gift,” Mosley says.

5. The leader is unprepared for the group meeting.

“Nobody likes to go to a group setting where it’s just left up in the air,” Surratt says. “People don’t like that. They want it to be organized, especially if it’s a new group.”

Leaders should seek to be one step ahead in the preparation process.

“A group discussion is going to go better if you know what’s coming,” Mosley says.

The topics of discussion should be taken seriously, Mosley says, primarily because it’s God’s Word.

If members want to help leaders be prepared for the group meetings a good option could be getting together before the group and running through the discussion questions, Mosley says.

By recognizing these group killers and the ways to head them off, group leaders can seek to better steward their call to small groups ministry.

More podcasts in this series can be found here. 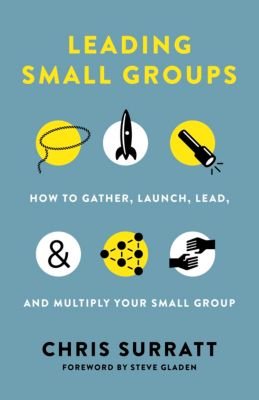 Previous Post: « 3 Encouraging Truths About the Presence of God
Next Post: 4 Ways to Get Students Ready to Be Adults in Church »