We see in Scripture—specifically in 1 and 2 Timothy and Titus—the practical application of pastoral ministry. However, we must also understand the pastorate theologically.

Traditionally, Paul’s two letters to Timothy and one to Titus are called the Pastorals. But 2nd Corinthians has a strong claim to be recognized as the Pastoral Epistle par excellence, because it contains not “pure” but “applied” pastoralia [duties of a pastor]. Paul, the pastor, has unconsciously penned a profound, though brief, autobiography … to investigate Paul’s pastoral techniques evident in both Corinthian Epistles is a rewarding study.”

For Paul, his pastoral ministry is a ministry of death to himself and resurrection for others so that the church would embrace Jesus as Lord, the One who died and rose again.

First, pastors must embrace this theological understanding of their role. This will naturally lead to specific and needed implications for their ministry.

Paul’s pastoral ministry is that of “treasure in jars of clay” to show the surpassing power of God, not himself. This power is seen in the fact that Paul and his co-labors were afflicted, perplexed, persecuted, and struck down but not stopped.

This ministry then is a ministry of “carrying in the body the death of Jesus so that the life of Jesus may also be manifested in” Paul’s body. Therefore, Paul resolves that his ministry be expressed in this: Death is at work in Paul so that life can be realized in the church.

First, Paul exhorts the congregation to holiness, specifically in the invitation to “let us cleanse ourselves,” which is defined as “bringing holiness to completion.”

Second, in light of Paul’s confidence, he appeals to the church to give financially to the churches of Macedonia. Paul argues the principle of cooperation in terms of equality.

Third, the particular example of this principle of gospel cooperation and equality is Titus, who was concerned about the church. Paul delegated responsibility to Titus to minister to the churches.

Paul presents his ministry resume by appealing not to his ministry successes but his suffering. He argues for the primary principle of pastoral ministry: human weakness.

He claims that when he’s weak, he’s actually strong. The proof that Christ is speaking through Paul is the apostle’s own weakness.

Recognizing these theological truths about the pastor, leads us to three key implications.

This pastoral framework flies in the face of many contemporary approaches to pastoral ministry. Paul isn’t a “visionary,” “catalyst,” “high-capacity leader,” or “church growth expert.”

Instead, he’s a dead man proclaiming the risen Lord. This has profound implications for pastoral ethics and preaching.

We see the practical outworking of a crucified and raised framework. The exhortations to personal holiness, the spirit of cooperation, and the desire to send Titus all testify to a selfless and sacrificial pastoral ministry.

As pastors, we need to exhort the church to holiness, we must sacrifice, and we need to give ministry away. The crucified and raised paradigm requires cooperation on the part of the congregation and other ministry leaders.

Lastly, we see that our pastoral ministry is grounded in our union with the living Lord. In our weakness and suffering, Christ by His Spirit works through us.

Ministry success isn’t about how many people are sitting in pews on Sunday, baptism totals at the end of the year, meeting budget, or publishing books.

Ministry is about dying in our weakness, so that in union with Christ, He might demonstrate His resurrection power through us by His Spirit.

This should transform the way we preach, live, and minister to those in our congregation and communities. In union with Christ, we’ve already died and have been raised with Christ.

Michael Cooper (@M_Coop24) is the husband of Kailie, father of two daughters, pastor of Grace Community Church in Mabank, Texas, and author of Identity Crisis. 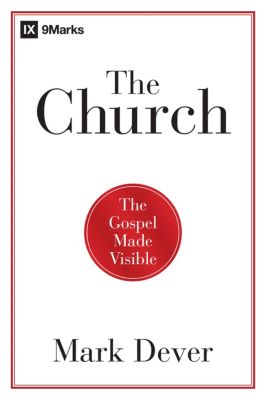 The Church: The Gospel Made Visable

Previous Post: « 5 Steps to Expand Your Influence While Empowering Others
Next Post: 5 Necessities for Navigating Ministry Crises »