Until moving to New Mexico, I spent most of my life in what many call “Tornado Alley.” It was called that, well, because there were a lot of tornadoes there. My wife wasn’t a fan of doing this, but during a storm, I’d often be in the front yard in search of a funnel cloud.

When storms approach, the wind often grows stronger as the sky darkens, allowing your eyes to be blinded by what my dad said is “God taking your picture.” This, of course, was his way of describing lightning to a young, gullible, red-headed boy.

But there’s something about storms—or rather, the end of storms—that pulls at my heart strings. It’s when the clouds break, the sun seems brighter than ever before, and the final few drops of rain give way to a refreshing afternoon.

This article isn’t about weather patterns. It’s about when the storms of life and ministry finally begin to break. A few months ago, I wrote about the dark night of the soul, a time when darkness weighs you down so much you can barely breathe.

But man, when the clouds do break and the sun begins to shine, the dawning day can make you stop in your tracks and give praise to God!

The dark clouds in my life rolled in just before a trip to Birmingham this past summer. On the tarmac in Houston, I was reading an email from someone who was resigning from some pivotal ministries.

When I returned back home, the clouds grew even darker as I sat next to the hospital bed of a member of my church who’d tried to kill himself. The storm continued to rage with insults, accusations, and then another member’s family facing what seemed to be an impossible struggle.

While I could’ve done without these storms, I certainly expected them. Our church was growing, lives were being changed, and the enemy was ticked. It just pained me to see people I loved struggling in the eye of the storm.

It wasn’t easy, but, praise be to God, we continued to grow during the storm. And then something happened the last few weeks that stopped me in my tracks.

Two weeks ago, I sat across from a couple who had questions about faith and had quickly grown to love our little church family. Our talk lasted around 30 minutes, but the time rushed by so quickly, it felt like 30 seconds.

But there they sat, trusting in Jesus Christ for salvation and making plans for baptism the following week.

That day came this past Sunday as they, along with their children, were baptized during our worship gathering. Praise God!

During the time of response, two people came forward to profess faith. And after the service, another person wanted to place their faith in Jesus.

I don’t know if the dark night will continue to linger after these events, but during this time of blinding sunlight, I have to praise the Lord! He’s faithful. He alone saves.

In the middle of the raging storm, when it feels like the chaos is enough to do you in, know that God is still faithful. Continue doing what He’s called you to do.

And my friends, hear me: When the storm does break, let the fresh sunlight of a dawning day wash over you as you enter a time of refreshing.

At this moment, you’re one of three types of people: You’re either coming out of a storm, in a storm, or are going into a storm.

If you’re coming out from one…praise Him!

If you’re in one…press into Him!

If you’re going into one…well, you don’t know it yet.

But in all these circumstances, stay faithful to the God who’ll lead, guide, and direct you out, in, or into a storm for His glory and the advance of His kingdom.

MATT HENSLEE (@mhenslee) is managing editor of LifeWay Pastors and coauthor of the book Replanting Rural Churches. He is the husband of Rebecca, father of four princesses, and pastor of Mayhill Baptist Church in Mayhill, New Mexico. 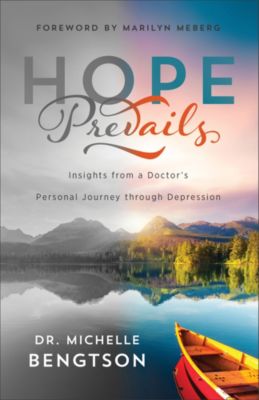 Hope Prevails
Insights from a Doctor’s Personal Journey Through Depression

Previous Post: « 5 Tips for Managing a Church Budget Shortfall
Next Post: Are We Seeing the First Non-Christian Majority Generation? »