There are some things that can kill your group, says Chris Surratt on the LifeWay Leadership Network’s “Group Answers” podcast.

“One of those issues is gossip,” he says. “If leaders don’t know the signs of it, jump in and head it off, gossip can kill the group.”

Within the context of a small group, Brandon Hiltibidal of LifeWay’s Groups Ministry Team says one sign there’s a culture of gossip creeping in to a small group is when people are “making content of the group about the actions of people outside the group.”

Other times, the gossip isn’t about a particular person, but about the church, in general.

“When you just open the floor or engage the slippery slope by introducing a topic that you know you or someone else wants to take farther than it needs to go, or trying to emote a response out of people because it’s something you want to hear discussed—that’s gossip.”

Surratt says he served at a church where one group was asked to disband because their gossip about church leadership had become destructive.

1. Have a group covenant.

Surratt says this can be an effective way to set the tone for the group and head off some gossiping tendencies in the beginning.

“A group covenant is something you can start out with every semester where you can have the group agree on the basics about the group,” he says.

“This can include how often you meet, where you meet, food, and a confidentiality clause that says what’s shared in the group stays in the group—and you won’t say things about other people who are outside the group.”

That way, Surratt says, if something comes up in the group that feels like gossip, a leader has something in writing to which they can point back.

“When you agree up front about what the group is to be about, this allows a leader to shape the culture of the group to be Word-centered,” adds Hiltibidal.

“This is especially helpful if you have people in your group with the proclivity to gossip,” he says. “Group leaders have to establish an ethos of the group as to why we’re here.”

Surratt says the group covenant is not only helpful for combatting gossip, it’s also a tool for revisiting other issues periodically, such as attendance.

“That is ground zero for gossip,” says Surratt. “Leaders should be able to recognize when a prayer request is turning into gossip. They start referring to ‘Sally’ and the trouble she’s going through and how ‘Charlie’ isn’t treating his family the right way.”

Hiltibidal added, “It’s often more in the spirit of, ‘Let me tell you what happened,’ instead of, ‘Lets take this to the Lord.’”

One suggestion Surratt offers is to have a policy to not use personal names when it comes to prayer requests.

“A leader might also consider not having prayer requests be live,” he says.

“Instead, have them write it down and hand it in to you. Then, you can send them out to the group in an email—having had the opportunity to filter it a bit, if it’s something sensitive or something that could be perceived as gossip.”

Daniel, Surratt, and Hiltibidal agree removing the person should be only a last resort if there isn’t improvement in the gossip—and that removing someone could look several different ways.

One of those ways, Hiltibidal says, is to work with the person/family and church leadership to find another group that might be a better fit.

“There are times we don’t feel we can just ask them to leave, and handing them off to another group or helping them transition to a new community is a more caring thing to do,” he says, citing a time when he had a chronic gossiper in a group he led.

“Think through the other disciple-maker relationships in your church. Is there one that has a leader or dynamic that could actually be beneficial or healthy for this person?”

In Hiltibidal’s case, the person he helped move to another group thrived—and so did her group.

But unfortunately, this isn’t always the case, and leaders need to take more extreme measures.

“Sometimes, the person brings toxicity to whatever group they’re in,” says Surratt.

“Talk to that person outside of group time—not within the group. Sometimes they don’t recognize their gossip tendencies at first. Help them see their gossip and how that conflicts with mission of the group.”

And other times, Surratt says, a leader will have someone who still doesn’t get it, and the painful task of asking them to leave the group is necessary. Even still, he says, no leader should neglect caring for the soul of that person.

“Sometimes they need counseling,” he says. “Help them find that. When a group leader talks to the person about the situation, it’s often helpful to bring along a pastor or another church leader.

However this conversations looks, Surratt emphasizes this meeting should convey to the person that this is ultimately for their own good and the good and the mission of the group.

“Gossip can progress if not checked,” says Daniel. “A gossiper can hijack the group, making it feel agenda-driven, and add distractions. And it’s not effective disciple-making.”

Gossip, Surratt adds, is one of the most rampant group killers, and leaders should be able to identify it when it starts to sneak into conversation—and take measures to address it.

“Gossip can kill a group faster than almost anything else if it continues,” he says.

Editor’s note: This is the first of a series of four articles on “group killers” as discussed in the “Group Answers” podcast of the LifeWay Leadership Podcast Network. 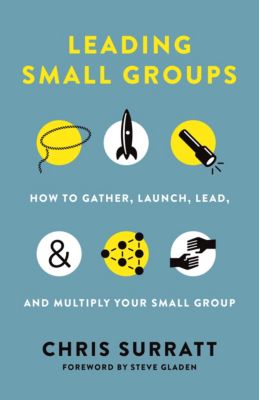 Previous Post: « 5 Ways to Move from ‘Manager’ to ‘Leader’
Next Post: 2 Takeaways From Two Decades of Ministry »