The majority of teenagers continue to say they’re Christian, but the religiously unaffiliated outnumber both Catholics and evangelicals individually among teens.

According to a new study from Pew Research on the religious lives of teenagers, 32% of American teens say they are religiously unaffiliated, following the growth of “nones” among adults.

More than 3 in 5 teenagers (63%) identify as a Christian. That’s similar to the 65% of American adults overall who say they’re Christian in other Pew Research studies.

Slightly more than 1 in 3 teens (36%) say they’re a Protestant Christian, while 24% identify as a Catholic.

Within Protestantism, 21% of all teens are evangelical, 9% say they’re mainline, and 6% are part of the historically black Protestant tradition.

A LifeWay Research study found 66% of those who attend church regularly as a teenager stop attending for at least one year as a young adult.

Among those who dropped out between the ages of 18 and 22, only 31% say they now attend church regularly.

Two in 5 former drop outs (39%) attend once or month or less, while 29% say they do not currently attend church at all.

In Pew Research’s most recent Religious Landscape Study in 2014, evangelical Protestants were among the gainers in regard to religious switching. For every one person who left evangelicalism, 1.2 joined.

Among the unaffiliated, however, for every one person to leave, 4.2 took their place.

Yet, there is statistical encouragement for churches seeking to reach the growing number of religiously unaffiliated teenagers.

Almost half of Americans (47%) who were raised with no religion eventually find some kind of faith.

One in 5 nones (19%) become evangelical Protestants, 17% join another Christian tradition, and 10% become part of a non-Christian faith.

Among those raised evangelicals, 35% change their religion. Around 1 in 6 (16%) switch to a different Christian tradition, 15% become religiously unaffiliated, and 10% adopt a non-Christian faith.

But among millennials, those raised unaffiliated are slightly more likely to remain that way than those raised evangelical Protestant (67% to 61%). 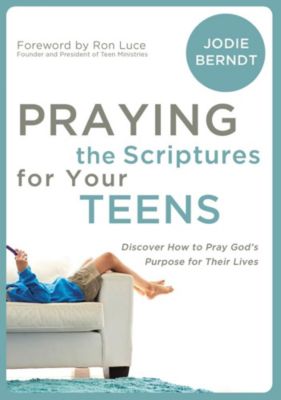 Praying the Scriptures for Your Teenagers

Previous Post: « A Necessary Element in Leading a Church Out of Decline
Next Post: 7 Last-Minute Ideas for Pastor Appreciation Month »