As I took the Outreach magazine out of the mailbox, I couldn’t wait to open the annual edition which listed the fastest-growing 100 churches. It’s an issue that I look forward to reading every year.

Although metrics weren’t mentioned in the church in which I was raised, it was seemingly coded in my DNA that numbers are important and matter greatly. In fact, if I were to be honest, it became a struggle—maybe even an addiction that, until recently, plagued my ministerial life.

I’ve been around long enough to know that I’m not the only one who struggles with the issue of numerical growth. Let me first say that I know that growth is important and matters to God.

However, if we’re not careful, it can consume our souls and become an idol that competes with our ultimate calling as ministers.

I believe there are seven important and healthy ways we should look at numerical growth in the church.

1. Numerical growth isn’t about us.

Jesus makes it clear throughout Scripture that the local church is His and we get the privilege to be a part of it.

I’ve been around enough people in ministry to know that, when the church is growing, we have no problem taking ownership of the growth, which is part of the problem.

You probably already know this, but let me remind you: It’s not your church; it’s His.

2. Numerical growth should be seen as a way of providing useful tips, not a way of determining worth, calling, or skill.

There’s nothing wrong with numbers, but numbers can tell us only part of the story concerning our churches. Numbers should be viewed as mere tidbits of useful information, not condemnation of us as ministers.

3. A desperation for numerical growth can tempt us to stretch the truth.

Behind every number is a name, and we should respect that fact which is why we shouldn’t lie about numerical growth.

I’ve noticed in ministry circles that lying about numerical outcomes has become so common that it’s an open secret.

To be transparent, I’ve even done it myself. Lying about numbers that aren’t there is wrong and provides an inaccurate picture of ministry.

4. Be the minister and church God has called you to be.

I have been to more conferences than I should admit based on the church’s numerical success.

There’s nothing wrong in checking out a growing ministry. However, if our main draw for going to any conference is based on the churches numerical growth, we should ask ourselves whether we’re trying to be like “that church” or the church God has called us to be.

One of my ministry heroes and someone I love speaking with is Rick Warren. He is the senior pastor of one of the 20 largest churches in America.

5. A focus on numbers can distract us from evangelism.

By the way, evangelism shouldn’t be abused for the sole purpose of seeing numerical growth.

6. A focus on numerical growth puts more emphasis on performance rather than personhood.

I grew up in a great home; but, like many people, I grew up in a home where what you did gained more attention than who you were.

Being a competitive person amplified my attraction to using metrics as a way of defining my worth.

After discussing this issue with a trusted ministry friend, it became clear to me that numerical growth in my ministry fed my ego more than anything else, and, when things weren’t growing, it also fed my lack of self-esteem.

God sees us for who we are, not what we produce. Matthew 16:18 makes it clear that God is the one who does the building and that we are to be the ones who serve.

7. We need to rest instead of focus on things (like numerical growth) that are ultimately out of our control.

I’ve had the privilege of serving at some great churches. However, when I look back, most of them concentrated more on numerical growth than what they should have.

As ministers of the gospel, we’re called to join in the process of serving with God. We’re not called to do the work without his presence.

When Jesus called the 12 disciples, nowhere in the process was there a growth chart. However, he did call them to go and make disciples—just as He calls us to do today. 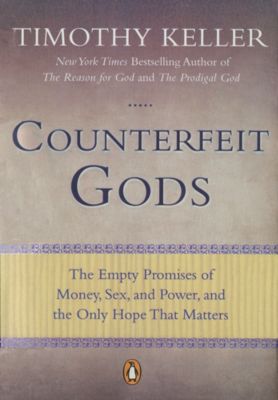 Previous Post: « Andrew Peterson on Why the Church Should Foster Creativity in Every Christian
Next Post: Celebrating Forgotten Pastors in the Middle of Nowhere »