Let’s suppose you’re visiting a church and considering joining it. You have lots of questions.

You want to know as much as you can before making the important step of joining your family to this pastor/staff/congregation.

You might soon realize some things are hard for you to learn. The simple fact is there are some things the pastor would rather you not know.

In the same way, there are some things the pastor doesn’t want anyone to know, period.

Here are six that come to mind.

1. The Sordid Checkered History of the Congregation

If prospective members knew that 18 months ago the church split five ways, they might want to go elsewhere. So, wanting to get past that and go forward, the preacher never mentions it.

I know a church that has fired four pastors in a row. They are properly ashamed of that fact, and you can bet it never gets mentioned around there.

2. How Things Get Done Around the Church

The old line is that no one should see how sausage or laws are made. In some churches, decision-making is just as messy.

I once pastored a church whose key decisions were made by a small group working behind the scenes. When as the new pastor I suggested the time-honored Baptist way of “tell the people” and trust them to do the right thing, they quickly said, “We don’t want to disturb them.”

In time, the Lord took care of that problem.

In some cases, a bully or rogue committee in the church is forever criticizing and undermining the pastor’s ministry.

Clearly, the pastor wishes someone knew about it so they could come to his rescue or deal with the troublemaker, but he isn’t comfortable in telling others and suffers alone.

The congregation might lose confidence in him if they knew he was struggling with questions over a key doctrine of the faith. So, he prays and seeks and goes forward, telling no one.

He knows from past experience that he will work this out with the help of the Holy Spirit.

5. Personal Failings in the Past

Perhaps the pastor’s past is no worse than anyone else’s. But some church members cannot deal with their pastor having “a past.”

There are some things he should tell his key leadership. My wife and I went through a year of marital counsel in the late 1970s. We were later the subject of a lengthy article in a denominational journal, encouraging ministerial couples to seek help.

Ten years later, in another pastorate, someone got wind of that article and spread the rumor it was an exposé about us—that we were involved in some scandal.

The damage was severe and could have been avoided had I informed the leadership early in our ministry at that church.

It’s not the business of anyone else if he and his wife sometimes have an argument or disagree on methods of child rearing, if they have trouble with a rebellious teenager, or seek out a marriage counselor.

While pastors and church leaders often keep sensitive issues like this to themselves, there are a few things they do want people to know:

Pray for your church leaders. And always remember to keep your eyes on Jesus, not your pastor. 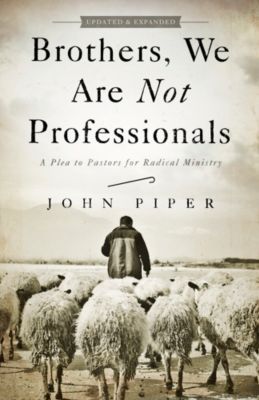 Brothers, We Are Not Professionals

Previous Post: « You Are Not Your Congregation’s Personal Spiritual Trainer
Next Post: The essential component of effective evangelism »