Once in a while I’ll get a call from a pastor that goes like this: “Joe, my church did not recognize my 10th anniversary. Man, that hurts. What should I do? Is it okay to feel hurt?”

After commiserating with him a moment, I’ll say something like, “Good. Good for you. It gives you an opportunity to deny yourself and practice something Jesus said.”

I then direct the leader to Luke 17:7-10 where Jesus said the most obedient worker—one who does everything He commands—should say to himself, “I am only an unworthy servant; I’ve just done my duty.”

The willful spirit will not go away easily but will show up the next day ready to get its feelings hurt and ever-demanding of recognition and appreciation.  Paul said, “I die daily”—for good reason, we might add.

So, the congregation that should have been lovingly appreciative of its deserving leader drops the ball. There are two aspects to be considered.

1. The church erred in not honoring its minister. They should have done it. It’s a good thing to give honor and appreciation to those who serve well (I Timothy 5:17).

2. But on the other hand, the minister shouldn’t need nor expect to be appreciated. The surest way to disappointment in life is to expect others to recognize your achievements and honor your anniversaries. When they do, however, you should be grateful for their kindness. But if they don’t, it’s alright.

The problem lies in our needing appreciation and recognition.

Early in my ministry, I was preparing to join the staff of a larger congregation in our state. The pastorate I was leaving had been difficult but the church had seen excellent growth and we felt good about leaving.

During my final week there, the chairman of the pastor search team informed me that they had found the next pastor and wished to present him to the church—the following Sunday.

On what was to have been my final sermon to the church, the prospective pastor preached. It did hurt, I admit.

But that wasn’t all.

My wife and I had been struggling financially in that church, so we were hoping the congregation would present us a monetary gift on our departure. But that was not to be.

In addition to a lot of notes and cards, our going away gift was a pewter tray with a Scripture quotation. Instead of inscribing all the words of the Great Commission, it held only the opening words: “Go ye therefore.” It honestly felt like they were saying, “Go! Leave.”

In truth, that’s not what they were saying. But we needed something we didn’t get from God’s people.

The problem was that no one had modeled for them how to properly show appreciation for anyone who serves well—be it in the pulpit or in seemingly invisible, thankless jobs.

The fault was mine. I smilingly confess that I never let that happen again in subsequent pastorates!

When the minister is not shown appreciation at a time they expect it, they should keep a couple of things in mind:

Take it as a reminder that we’re not home yet. We look to the Lord for our rewards. Jesus said, “You will be repaid at the resurrection of
the righteous” (Luke 14:14).

Also, take it as a prompting to teach the people to appreciate one another for Jesus’ sake and to celebrate milestones in the lives and ministries of the other leaders and the people in the pews. 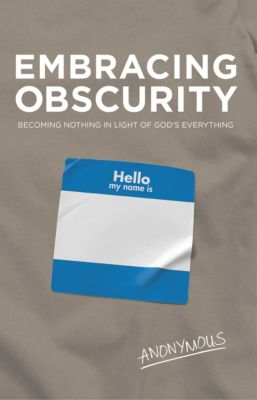 Becoming Nothing In Light of God’s Everything