My Uncle Henry was raised in an era of American history where a man worked hard and lived independently. This mindset made it difficult for him to grasp the grace and acceptance of God.

I can remember family members and ministers engaging him in conversations about the gospel, only to leave with no real hope that he’d ever put his trust in Jesus. If I’m honest, I didn’t have much hope, either.

One day I learned he had stage four cancer. It had spread throughout his body and there wasn’t much the doctors would be able to do.

After his diagnosis, my mom called to let me know Uncle Henry had been rushed to the emergency room because he was unresponsive. I recall the desperation in her voice as she asked me to pray.

She also wondered if I knew anyone in the area who could go to the hospital to pray with him. My uncle had no desire for God or for anyone who claimed to be a Christ follower, but all I could think of was my mom’s plea.

I remembered my friend Eddie as a faithful Christian and an evangelist in his own right. I called Eddie—who lived in the same area as Uncle Henry—and asked if he would visit my uncle and pray with him.

He eagerly jumped at the challenge to go visit my uncle, pray with him, and do whatever the Holy Spirit led him to do—even if it was boldly share the gospel. As I hung up the phone, I thanked God in advance for what He was about to do.

This story came to mind as I recently spent some time with speaker and author Lee Strobel about call of evangelism for all believers and the need for us to keep our passion for sharing the gospel.

During our conversation, Strobel offered four tips for staying motivated and encouraged about our personal and church-wide evangelism efforts.

1. You don’t have to be the next Billy Graham.

Strobel says we often compare ourselves to leaders like Billy Graham and miss out on the gifts God has given us in sharing our faith. He says God has left the calling for all believers to share their faith—not just some of us.

2. There’s more than one evangelism style.

Strobel explains there are four primary evangelistic styles. He believes most believers have a relational, service-oriented, testimonial, or intellectual personality gift mix and that God will use one or more of these styles in the life of a believer who desires to share the gospel.

“Once a person understands their evangelistic style they’ll feel more confident in sharing their faith,” he says.

3. Apologetics can be a useful tool.

Although Strobel admits he enjoys talking and reading about apologetics, he believes we shouldn’t simply study apologetics for ourselves.

“Apologetics should help increase your confidence in sharing your faith with others,” he says.

4. Don’t forget how far God has brought you.

Strobel says when he looks back at his former life as an atheist it fuels him to share his faith more with people far from God.

“I never could have foreseen what God would do in my life,” he says. “I have no idea where I would be without Jesus. I believe God wants us to use evangelism and apologetics to be the bridge to the everyday world.”

God can use anyone

When Eddie walked into the hospital that day, my uncle suddenly became responsive. Eddie felt the Holy Spirit was leading him to share the gospel.

With tears in his eyes, Uncle Henry put his trust in Christ. Four weeks later, Eddie spoke at my uncle’s funeral. I’m eternally grateful the God of the Bible can bring together two strangers who didn’t know each other and a life can be changed.

As I lingered at my uncle’s casket, I was reminded God can use anyone for His purposes. And I longed to have the passion for the gospel that my friend Eddie has.

If you have seasons of your life when you’re less than passionate about sharing the gospel with those who live apart from Christ, remember these four tips from Lee Strobel—someone who was profoundly impacted by people who had a burden to share the good news with the lost. 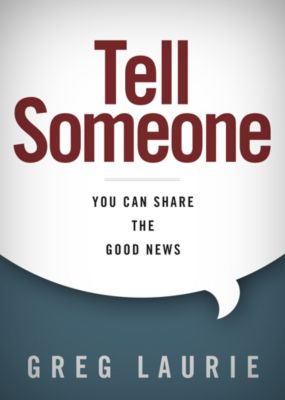 Previous Post: « 5 Things Working People in Your Church Need to Hear
Next Post: 5 Questions to Ask About Your Theological Education »