Congregations often enter a chaotic season when a pastor leaves, but new research finds planning and communication can make the transition smoother.

Among practicing Christians who had experienced a senior pastor transition within the last five years, only 17% say the move was planned by the congregation and outgoing pastor, according to Barna.

Most (62%) were initiated by the outgoing-pastor. Few (13%) were forced transitions brought about by sickness, death, or crisis.

When leaving the senior pastor role, most (56%) leave the congregation entirely. Fewer take on a different staff role (15%) or remain at the church as a member or lay leader (20%).

In those instances where the senior pastor moves into another leadership role within the church, those in the pews believe the move had a positive outcome.

Two-thirds of practicing Christians (67%) say a transition from senior pastor to associate pastor ended well. Around half say the senior pastor entering into a co-pastor arrangement (52%) or taking on a lay leadership position (51%) was a positive move.

Fewer (42%) say it was positive for the pastor to step down but continue to attend as a member of the church.

A quarter of Christians (25%) believe the pastor leaving the congregation completely had a positive outcome, with 71% saying it went negatively.

In most cases of a leadership transition, the senior pastor leaves the church entirely. During forced transitions, 69% of pastors leave the church. The same is true of 61% of pastor-initiated moves.

Among, planned transitions, however, 40% of pastors leave. Around half (52%) stay on in some capacity.

Barna’s research found that planned transitions are often completely in a shorter time, which appears to be a factor in positive outcomes.

According to Barna’s report, “regardless of the type of leadership transition and other factors surrounding it, communication emerged as a key to success for all parties involved.”

Yet only half of churchgoers (50%) strongly agree their church communicated clearly on a plan and process for succession.

Fewer than one-third of churchgoers (31%) say they felt the congregation had a high degree of input in the succession process.

According to Kinnaman, churches should focus on long-term planning with regular, effective communication to their churchgoers to help times of transition go well and end well.

“Strong communication can cover a multitude of successions sins,” said Kinnaman, “but a ‘make-it-up-as-we-go’ approach simply has less of a chance of going smoothly, and often fails to find time and intention for other steps that improve a transition.” 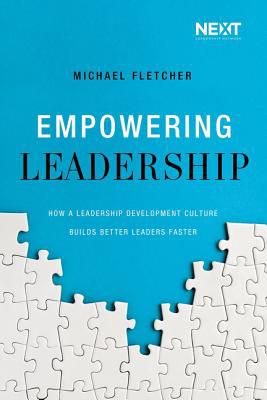 Previous Post: « 5 Intentional Ways to Shape the Culture of Your Church
Next Post: 4 Things to Reset In Your Life and Ministry »