Photo by Mike Erskine on Unsplash

I’m a coffee snob, but I haven’t always been. I used to hate the stuff. Sure, it smelled OK, but I couldn’t stand the taste! Then I went to college. Every week, we hung out at a coffee shop with lattes and cappuccinos. I resisted for a while, but I soon began trying different drinks. Before long, I was hooked.

Today, I’m a coffee addict. I weigh my beans and purified water like a NASA engineer. The coffee culture of my college shaped me. It challenged my previous experience. It opened me to new things. Ultimately, it helped me appreciate something I had never really considered before.

Sending well is not all that different than my experience with coffee. Like me, many are comfortable where they are. They’re satisfied with their Great Commission involvement. They’re somewhat aware of the need and God’s call to mission, but they really don’t want to try more. They want to be supportive, but they don’t want to be sent.

So, how do you begin to challenge the people in your pews to reconsider their Great Commission role? You build a culture where going and sending are normal. Stories are the best way to begin shaping this kind of culture.

Here are three ways to build a sending culture in your church through storytelling.

Years ago, one of my pastors traveled to Central America to explore missions partnerships. When he came back, his experiences were all he could talk about.

He relived the scary sections of mountain roads. He joked about widow-maker shower heads in hotels. And, he dreamed out loud about the potential of a pastor and church. He showed our church how we could make a kingdom impact there.

These stories changed our church, but not because they made missions easy. Going is hard, and you’ll never build a healthy sending culture by downplaying those difficulties. Yet everyone who heard this pastor could clearly see the mission had captured his imagination and put his personal preferences into kingdom perspective.

Telling these stories of being uncomfortable for the mission helped set the tone for all who followed him. They could see his fear and how uneasy he was at times, but they could also see how excited he was to go back and to take others with him.

They learned to process their experience from him, and the mission they once held at arm’s length became one worth the sacrifice of their own time, comfort and convenience.

There’s nothing more moving to me than a story of someone moving for the sake of God’s mission.

We once watched close friends pack up everything they had and move 1,500 miles across the country to help plant a church. They had to find a new home, search for new jobs, enroll their children in new schools, and they did it all for the sake of the gospel.

When they decided to make that move, our church told their story. And we told it over and over again until other families jumped in with them. In all, we saw God move six families to help start that new church in one of North America’s most strategic cities.

Intuitively, we all know going and sending require change—sometimes big change. If the gospel is going to move into new communities, then some follower of Jesus has to move from one job to another, from one city to another, or one culture to another.

When you tell stories of people who make those moves, you help others see that doing so is right and good, not crazy. And you begin to reshape what is normal within the culture of your church.

When the pastors of established churches interact with church planters in their context, they’re often challenged by the kingdom collaboration between those planters. Many times I’ve heard them ask each other why they don’t work together with churches in their own area in similar ways.

It seems that those on the edge of kingdom strongholds—like church planters—are much more likely to encourage one another, learn from each other, and work strategically together.

But where the church is strongly established, many pastors don’t feel that need. They think they have enough people, resources, and freedom to accomplish their vision, but they miss out on the blessing of kingdom collaboration.

Stories of people and churches working together for the sake of the gospel help believers recognize the significance of kingdom goals. They’re greater than a big church. They’re bigger than any one church can accomplish. They depend on multiplication and the movement of the Spirit.

In fact, kingdom goals can only be accomplished together, and kingdom collaboration requires gospel-centered humility and mission-centered perseverance. Telling stories like these help make those qualities normal within your church.

Few dispute the power of stories, but many ignore it. Certainly, pastors work stories into their sermons, but rarely do they use them elsewhere to mobilize for mission. If stories really have the potential to challenge perspectives, open people to new ideas, and help them find their place in God’s mission, how can you use them better?

Sending well takes more than telling stories. Deep prayer, strong discipleship, strategic missional engagement and the move of the Spirit are all crucial. But building a healthy sending culture can begin with fanning the flames of missional attitudes and practices. Stories are key in helping you lay that foundation.

The truth is, I never would have tried coffee if my friends hadn’t enjoyed it. Their experience challenged mine and shaped into a coffee lover. When you tell sending stories, you make what once was crazy seem normal, or at least acceptable. And, you pave the way for God to work in dramatic ways by sending your people to the ends of the earth.

WILLIAM BROWN (@wmbrown) is a sending church coordinator with the North American Mission Board. 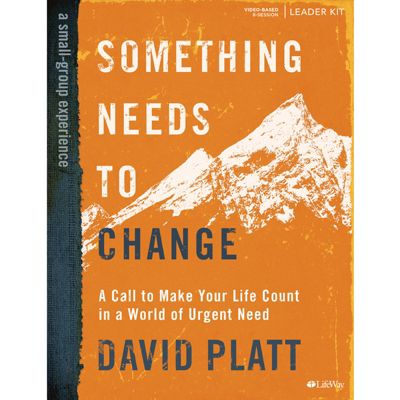 Something Needs to Change

Previous Post: « 4 Steps to Healthy Ministry Boundaries in an Age of Accessibility
Next Post: Gleaning Wisdom From Christian Leaders of the Past »