On the inside of my favorite Bible, I have taped a half-sheet of paper with Mark Clifton’s six imperatives for replanting a church from his book, Reclaiming Glory. The first of those imperatives is “Pray Without Ceasing,” which comes directly from 1 Thessalonians 5:17.

I remember reading that phrase almost four years ago and thinking, “Well yeah, of course prayer is important.” I then quickly scanned the other five imperatives for the real “meat” of church revitalization.

Now, don’t get me wrong. The other five are really good, too. But when I began this journey of replanting First Baptist Church of Alamogordo, New Mexico, I vastly underestimated the power of prayer.

You and I are completely powerless to replant anything on our own. I’m definitely not that great of a pastor, and I’m willing to go out on a limb and say you aren’t either.

In Colossians 1, Paul makes clear that Jesus Christ is the head of the church. As the head, He alone has the power to bring back to life a church that’s on the brink of death. The good news is, of course, that He loves to bring things that were once dead, back to life.

I’m reading through George Müller’s autobiography right now. One of the things that strikes me as impressive is how often he talks about spending time in prayer.

If you’re not familiar with Müller, he had a remarkable life and ministry in which he completely depended upon God’s provision. He ran an orphanage in England in the mid-1800s that housed thousands of children during his lifetime, and yet he never asked for a single donation from anyone.

Despite never asking for money, Müller discovered the depths of God’s faithfulness as seemingly random people donated money, bread, or milk—in just the nick of time to meet a need.

That’s not to say things weren’t difficult, or that Müller never faced a significant need. He records many times when he didn’t have money to buy bread and—at that point of desperation—encountered a knock at the door with someone providing just the right amount of money to provide for that day’s needs.

The power of praying without ceasing

In such moments, don’t despair. We serve the same God George Müller knew so well. And the God who took such good care of him will take care of you as well.

That doesn’t mean there won’t be nights you go to bed wondering if you’ll get paid that week. George Müller did that many a night.

Yes, I’ve lost some sleep and some hair in the process, but I’ve also come to trust the Lord more deeply than I could’ve imagined. And that has led me to understand just a bit more about what it means to pray without ceasing.

KYLE BUEERMANN (@kylebueermann) co-authored Replanting Rural Churches and is the pastor of First Baptist Church of Alamogordo, New Mexico, director of replanter development for the North American Mission Board, and co-host of Not Another Baptist Podcast. 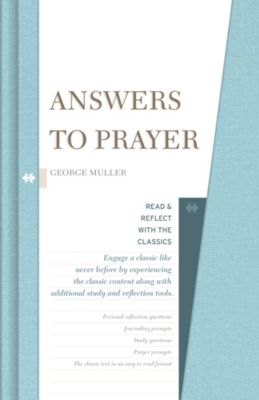 Previous Post: « 9 Questions to Ask Before Addressing Cultural Issues at Your Church
Next Post: 4 Ways to Balance Leading the Church and Loving the Community »