As college freshmen move on to campus in the coming weeks, some may be praying their roommate is not an evangelical Christian.

Richard Shafranek, a political science Ph.D. student at Northwestern University, surveyed a group of students at a large midwestern university to discover the most and least desirable traits of a potential roommate.

Above anything else, college students don’t want to share a place with someone from a different political party. Neither do they want to room with someone who is “not at all clean and tidy.”

The next least desirable attribute, however, is someone who is an evangelical Christian.

College students would rather bunk with a country music fan or someone who goes to bed at 9 p.m., than have an evangelical Christian roommate. While being Catholic or LGBT also had a negative impact on a potential roommate’s desirability, both were held in higher regard than evangelicals.

Someone who was Hispanic, Asian, Jewish, or black were all viewed positively.

College students were also turned off by potential roommates who liked jazz music, visits the farmers market, is into cars, swims, plays golf, or is very clean and tidy.

Positive traits were those of the same political party, a 1 a.m. bedtime, enjoys hip-hop or electronic music, does yoga, likes foreign films, and is in the performing arts.

The most desirable trait for a roommate was one who enjoys watching sports.

The annual American Freshman Survey by UCLA has found significant decreases in the number of new four-year college students who identify with a religion or attend religious services.

In 1967, almost 8 in 10 college freshmen identified as a Christian. By 2017, it had fallen to around 6 in 10. Meanwhile, the percentage of those who identified as irreligious has almost quadrupled in the past 50 years—up from 8% to 30%.

However, Steve Turner, senior director of next generation mobilization for the North American Mission Board, sees a silver lining for college ministries.

“This is actually the best of times for evangelism,” he said. “It’s harder, but more fruitful because we can strip it back to the essence of our faith.” 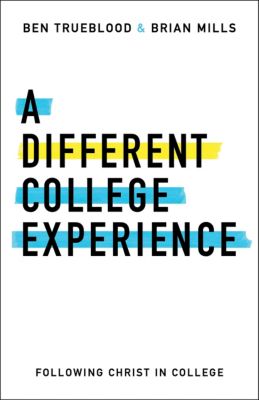