Bible publishers and consumers may not have to render as much to Caesar as they feared after an announcement from the U.S. Trade Ambassador on Tuesday.

Religious literature, including Bibles, are currently no longer subject to the upcoming 10% tariff hike set to be imposed on goods imported from China beginning September 1. Previously, Bibles were among the items that would see a price increase as part of the growing trade war between the U.S. and China.

“For the past several months, there has been great concern among the Christian publishing community that our important work would be threatened by proposed tariff schedules,” Mandrell said. “This announcement by the U.S Trade Representative has given us hope that the administration has heard our concern.”

On Tuesday, August 13, the Office of the U.S. Trade Representative released two lists of the items—those that will be subject to the tariff in September and those whose tariffs will be postponed until December 15. Religious literature, including the Bible, are no longer on either list.

In addition, the Ethics & Religious Liberty Commission has been among the groups urging Washington lawmakers to reduce the impact on Bibles and religious literature from deteriorating trade conditions between the U.S. and China.

“With as many Bible as are printed in China, the news that they will not be subject to such tariffs is welcomed news for LifeWay and other publishers of God’s holy Word,” said Russell Moore, president of the ERLC.

Both Mandrell and Moore, however, were dismayed the situation reached this point.

Mandrell said he was “troubled that the Word of God would ever be taken hostage in an international trade dispute.”

Moore echoed those sentiments. “Whatever one thinks about trade policy, the Bible should never have been a subject of this sort of taxation. As Christians, we believe the Bible is the Word of God, and is thus central to our lives and mission,” he said.

The tariff on children’s books has been delayed until December 15, while those on all other books published in China, including trade books and educational materials, are still set to begin September 1. Moore said his hope is that these too will be addressed soon.

Despite historic and increasing hostility toward Christians, China plays an important role in the production of Bibles.

“Right now, only a small number of companies print Bibles affordably and with the design elements and quality features Bible readers have come to expect,” said Trevin Wax, Bible publisher at LifeWay. “Two of those companies are in China.”

Currently, China is home to the world’s largest Bible printing company and more than 75% of Bibles are printed in that nation.

Wax said LifeWay is working with printers in other countries, including those in the U.S., but currently there are not enough Bible-specific printers in the United States to meet the demand for Bibles.

“At LifeWay, we root everything we do in Scripture because we believe that God’s Word leads to life transformation,” he said. “In our nearly 130-year history, countless people have been changed by their encounter with God through His Word, as made available through the resources our organization provides.”

Because of that life-changing impact, Mandrell says LifeWay remains committed to publishing and printing Bibles despite any political disputes.

“These past months have strengthened our resolve to get Bibles to the people who need them,” he said. “Our mandate is built on obedience to Christ, regardless of any policy proposals from Washington, D.C.”

AARON EARLS (@WardrobeDoor) is online editor of Facts & Trends. The ERLC contributed to this story. 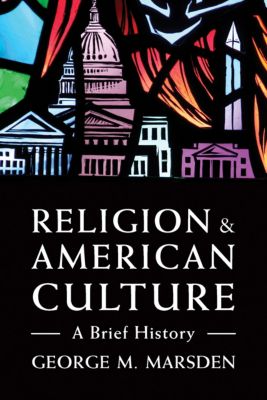