Protestant churchgoers say they can walk with God just fine by themselves, but they also say they need other believers to help them do it.

A LifeWay Research survey sponsored by the Center for Church Revitalization at Southwestern Baptist Theological Seminary finds majorities of those who attend U.S. Protestant or non-denominational churches at least monthly agree with the two sentiments that are seemingly in conflict.

Three in 4 Protestant churchgoers (75%) say they need other believers to help them to grow in their walk with God, with 38% strongly agreeing.

Despite that, 65% of Protestant churchgoers say they can walk with God without other believers, with 36% agreeing strongly.

According to Kenneth Priest, interim director of the Center for Church Revitalization at Southwestern, those two statements are contradictory, and churches need to help those in the pew recognize the conflict.

“I believe this is primarily a discipleship issue,” Priest said. One factor he said has led to a “spiritual apathy” in the pews is “the lack of pastors and spiritual leaders equipped to effectively preach and teach a text-driven life application of God’s Word.”

This lack of discipleship, Priest said, has caused many churchgoers to be confused or even to see the church as irrelevant to meet their spiritual needs. “The ‘needing, yet not needing’ responses demonstrate an internal turmoil of individuals desiring community, but not seeing the church as the place to have those needs met,” he said. Some specific groups of churchgoers are more likely to say they need other believers to help them grow in their walk with God.

Those attending church in the South (41%) are more likely to strongly agree than those attending in the Midwest (35%) or the Northeast (33%).

“Seeing the value other believers can add comes easily for many churchgoers,” said Scott McConnell, executive director of LifeWay Research. “But less than half of them also acknowledge their dependence on other believers. The biblical metaphor of the body illustrates that believers should both value and depend on each other.”

Other believers see their faith as more of a solo act.

Women (38%) are more likely to strongly agree than men (33%) that they can walk with God without other believers.

African Americans (50%) are most likely to strongly agree.

Priest said Christians who believe they can walk with God without others are missing out on something essential to their growth as a disciple of Jesus.

“Solo Christianity is an inward desire to seek after spiritual matters without the realization biblical community is what will fulfill the desire they are seeking,” he said.

“Americans don’t like to admit they can’t do things themselves. That is true of Christians as well,” said McConnell. “One’s walk with God should include dependence on God and mutual dependence among believers.” 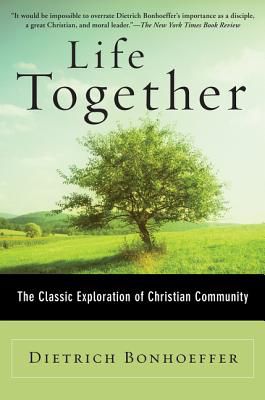 Life Together: The Classic Exploration of Christian Community

Previous Post: « 8 Ideas for Deploying Students on Mission
Next Post: Cultivating a Culture of Peace in Your Church »