FBC Panama City held VBS June 10-14 this summer, despite not having all facilities restored.

It might sound like a war zone, but this is Panama City, Fla., and the surrounding community that was devastated by Hurricane Michael in October 2018. Much of the area is still being rebuilt many months after the Category 5 storm swept through the area.

“Many of our church members are still living in RVs in their driveways,” says Ginger Owens, minister of childhood education at First Baptist Church of Panama City. “But so many in our community have been devastated. Thirty percent of the families left, and a few have come back. Target has just recently opened back up. And there aren’t enough employees to keep McDonald’s open for full hours.”

With the vast citywide damage, members of First Baptist faced a deeply wounded community looking for hope and help amid their pain. Although the main sanctuary of First Baptist remained intact, other churches were not as fortunate.

It quickly became obvious to First Baptist’s church staff that Vacation Bible School (VBS) would be an impactful ministry to the community, as well as to those churches whose facilities were destroyed.

“There are many families and children who suffer from Post Traumatic Stress Disorder as a result of what has taken place in our community,” says Owens. “Children are having night terrors, and people are going back to live in moldy homes because they don’t want to stay in RVs any longer. We need hope.”

When the storm hit, children’s ministry volunteer Casey Clark and her family were in a separate building adjacent to the worship center. Clark says they had to move from room to room multiple times seeking a safe space as the roof pulled off.

As they moved between rooms, in fear of the raging storm, Clark’s children began quoting Scripture verses they had learned in VBS.

“They quoted the Scripture from two Vacation Bible Schools ago where it says, ‘God does not give us a spirit of fear but of power and of love and of a sound mind,’” she says. “We probably never would have quoted that verse during that time had Vacation Bible School not been in our lives.”

First Baptist’s senior pastor Craig Conner says immediately following the storm the church evaluated which ministries were vital enough to keep in spite of lack of funds and facilities. Vacation Bible School was at the top of the list.

“Community wide, it’s a big deal,” Clark says. “Seeing so many churches that were completely devastated, our staff knew VBS was going to have to happen.”

Though they didn’t have the comforts of previous years’ facilities, the message was as strong as ever. During the week of June 10, nearly 500 area children heard the gospel of Jesus Christ through VBS at FBC Panama City. One-third of them were unchurched. And there have been 33 baptisms since VBS.

Owens believes God can work through those who approach hardships with great faith—and He’ll care for those who need peace.

“We had no money, we had no facility, we had no volunteers,” says Owens. “But God so blessed [VBS] in an amazing way. When we have the faith that God’s going to be in the midst of it, God shows up, and God has shown up big at First Baptist Church during Vacation Bible School.” 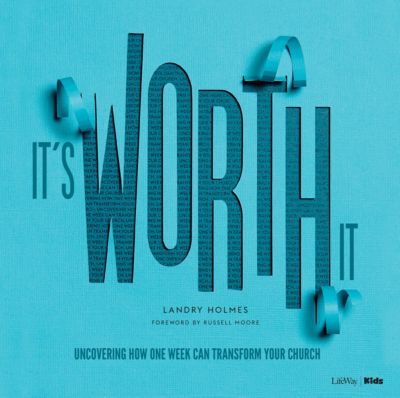 Previous Post: « 5 Tips for Building a Mentoring Ministry in Your Church
Next Post: 5 Questions to Ask When You’re Short on Volunteers »