Pastor, who has your ear?

That’s a question most people in your church ask from the moment you assume the job. Many of them want to be that person because to have someone’s ear is to have influence. And when it comes to pastors—especially in their first days on the job—nearly everybody wants a piece of that.

But the people who should be asking that question most are pastors themselves. Scripture teaches if we approach any situation thinking we have everything figured out, we have the disposition of a fool.

“A fool’s way is right in his own eyes, but whoever listens to counsel is wise” (Proverbs 12:15).

We need to listen to counsel. At the same time, who we listen to is as important a question as to whether we’ll listen. And in the early days of a pastorate, this is a tough question to answer.

This is because when you first begin your journey as a shepherd to a group of God’s people, you don’t know them. When I first arrived at my current ministry assignment a little less than four years ago, I had no idea who was who.

Until you’re able to answer this question, you risk being drawn into personal conflict, someone’s private agenda, or anything else that can sidetrack your leadership and the central focus of the church.

So while a pastor should hear everyone, there are a select few to whom one should listen. In fact, who you listen to might be more important than the executive decisions you make early in your ministry.

So again I ask, pastor, who has your ear?

It’ll take about six months before you know enough about your people to answer this question, but as you observe those in your church, let me suggest four non-negotiable qualities of people you’ll want to pay attention to.

1. They have skin in the game.

Wise people are also working people. Anyone not already working when you arrive is just someone with an opinion.

So as you consider who can best advise you, look to people who are getting their hands dirty. Stay away from those who are always offering critique but rarely, if ever, offering help.

This is sometimes called “institutional memory.” I have a deacon and a member of my staff who have an amazing ability to trace current issues back to their historical origins.

They’re able to do it with nearly perfect objectivity—describing each problem from the perspective of every side that exists.

These people give me facts, not drama. They report but never opine. These kinds of people remove the anecdotal and sentimental in a way that’s helpful to a pastor trying to get to the bottom of issues.

This helps you find solutions so a way forward can be forged.

3. They look favorably on relationships between pastors and the rest of the church body.

Believe it or not, there are a lot of people in the church who assume the relationship between a pastor and the rest of the church is adversarial by default. These aren’t the kind of people you want to have your ear.

For one thing, you can’t afford to have someone that close who quickly concludes you’re the problem—the adversary.

But even people who choose your “side” rather than helping you through shepherding will be prone to deepen divides instead of helping you heal them.

Every pastor will have to make a hard decision, and hard decisions always result in conflict at some level. That conflict only gets worse if we define the situation through the lens who’s going to win or lose.

Be sure your advisors understand the end goal is always reconciliation, never conquest of one side over the other.

People can love their ministry and simultaneously hate the church. This is why it’s not only important that your closest advisors have skin in the game, but that they also demonstrate a commitment to the whole church.

If they’re only working hard when their interests are served, then they don’t love the church. They’re merely using the church.

When their advice is always favoring what they do over the health of the church, it shows they have an agenda contrary to Jesus’ prayer for the unity of His body.

Instead, look to people whose words and deeds communicate a genuine love for all of God’s people and a desire for their good.

It matters that everyone is heard, but it also matters who you listen to. Take some time to assess your flock according to these four qualities.

Pastor, who has your ear? 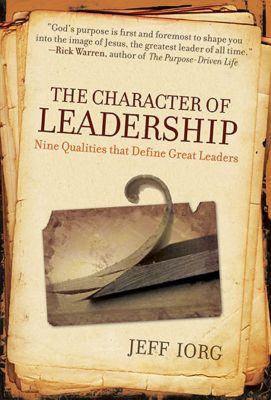